Giant boulder smashes through wall into man's bedroom during rockfall 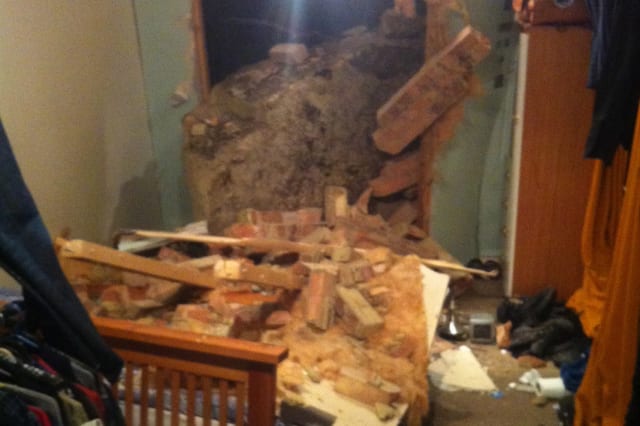 A man had a lucky escape after a giant boulder weighing several tons smashed through the wall of his bedroom.

The boulder was part of rockfall on in White Rock on the seafront in Hastings, East Sussex on Thursday afternoon. 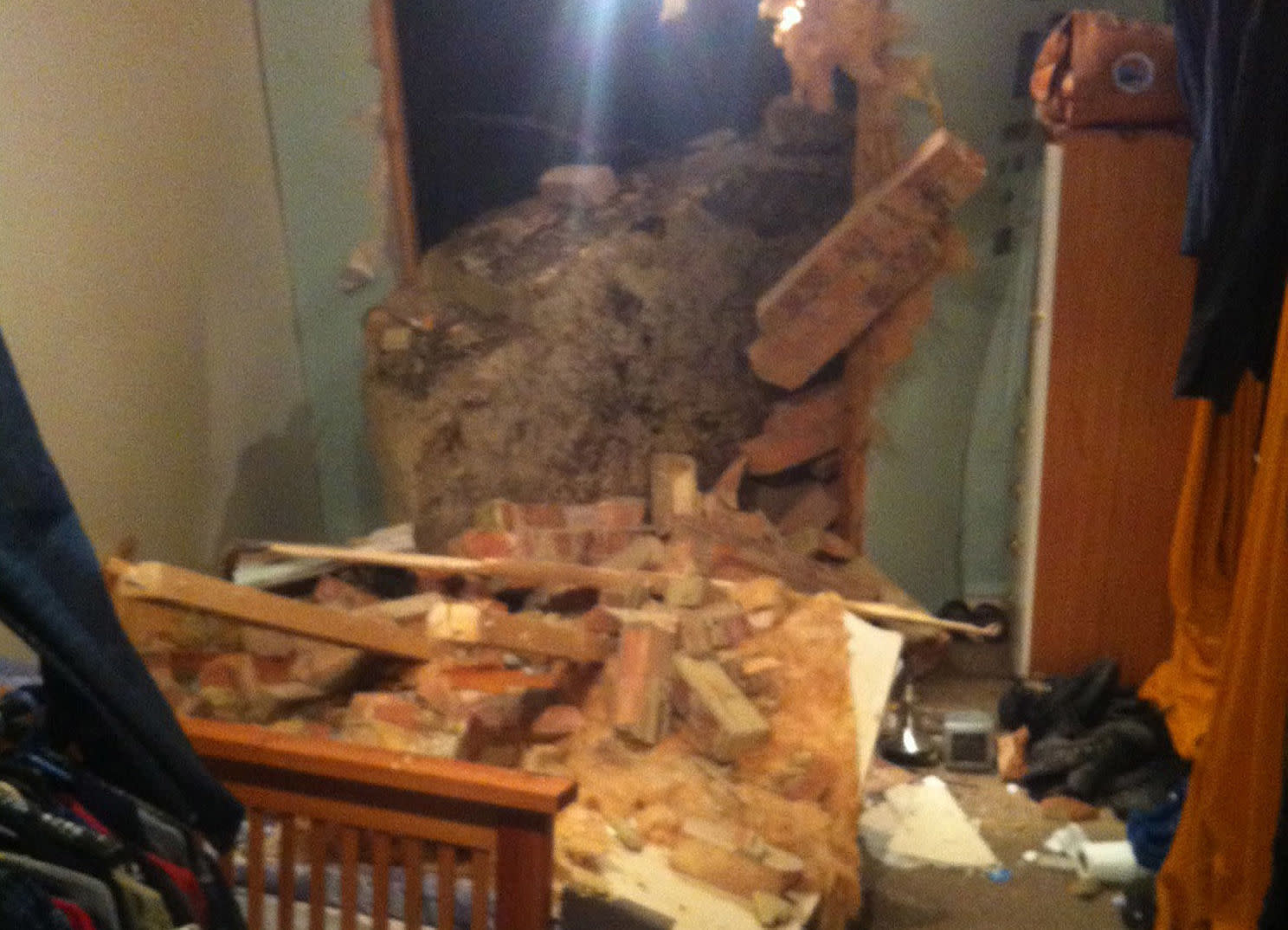 The giant boulder fell and smashed through the wall of a man's bedroom (Picture: PA/East Sussex Fire & Rescue Service)

It hit the back of the building and broke through the wall into the bedroom, covering the bed with broken masonry and debris, the fire service said.

The man who lived in the property told East Sussex Fire and Rescue Service (ESFRS) it had been a lucky escape because he would usually have been home at the time of the rockfall, but had been out for the day.

The incident left the building structurally unsafe and all residents had to be evacuated.

ESFRS said: "At 3.06pm firefighters from Hastings and Battle were called to a residential property on White Rock, Hastings, following reports of a dangerous structure.

"Following a significant rockfall at the rear of a property, a rock weighing several tons had hit the building and destroyed a bedroom.

"The occupier explained to the crews that he would normally have been home when the rockfall occurred, however he had luckily gone out for the day."

A further structural assessment of the building as well as an inspection of the cliff face was due to be carried out by Hastings Borough Council.

Firefighters are urging the public to take extra care around cliffs, keep away from edges, never try to climb them and to read and pay attention to warning signs.