Paloma Faith: Theresa May should be courageous and step down as PM 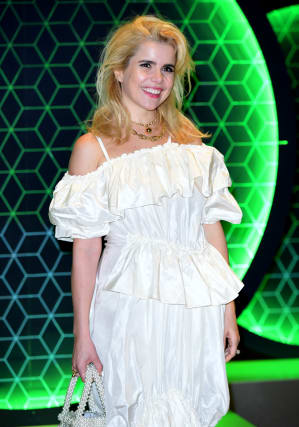 Paloma Faith has called for Theresa May to step down as Prime Minister, saying it would be the most “courageous” thing she could do.

The singer, who has previously shared her views on Mrs May, also said she thinks Mrs May has made a “shitshow” of Brexit.

Faith told The Independent that she thinks the “most brilliant, courageous thing for her to do would be to realise her career’s over and be the guy that says ‘We’ve made a mistake, really sorry, it’s not possible. I’m going to implement a law that means this cannot be reversed within the next 10 years’.”

Faith, 37, added that Mrs May should “then step down” and that it would “be the non-egotistical thing to do”.

“At the moment she’s running the risk of her only legacy being that she made a shitshow of the situation.

“Brexit is very personal to me because my partner is a French passport holder, and my dad is Spanish, and my mum’s English.”

She said: “I don’t know if it’s possible because we haven’t got a deal yet. It’s scary.

“But I feel optimistic about the new generation. Young people seem so much more clued-up and I’m hoping they’re going to save it all.”

In October, Faith said that she “felt bad” for Mrs May over the media attention and widespread mockery she got for her dance moves at various events, including the Conservative Party Conference.

Faith later clarified that she was not defending the Prime Minister, after some assumed she was, but that it was a comment on how she is perceived because she is a woman.

She tweeted: “Regarding everyone misunderstanding my Theresa may stuff I would like to clarify that I do not think she is a good prime minister, I do not agree with brexit, I am not a conservative voter but I do think she is treated unfairly because of her gender.”

Faith’s comments come amid Mrs May’s continuing attempts to negotiate a Brexit deal with EU leaders, and after she survived a vote of no confidence by Tory MPs earlier this week.