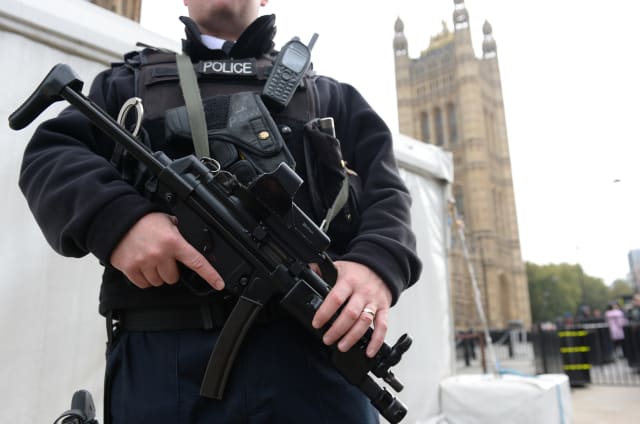 Black people are more likely to have force used against them by police, especially with firearms and Tasers, the first national statistics on the issue have shown.

Black people in England and Wales experienced 12% of use-of-force incidents in 2017-18, despite accounting for just 3.3% of the population, according to the 2011 census, the figures published by the Home Office showed.

A use of force incident refers to a situation in which a police officer uses any force tactics, ranging from applying handcuffs to using a firearm.

Black people were involved in proportionally more incidents which involved police use of firearms, at 26%. For less lethal weapons including Tasers, 20% of subjects were perceived as black.

White people, who constitute 86% of the population in England and Wales, experienced 73% of use-of-force incidents. They were also proportionately less likely to be subjected to use of firearms, at 51%, or Tasers, at 67%.

Deputy Assistant Commissioner Matt Twist, of the National Police Chiefs’ Council (NPCC), said that although the statistics were in their infancy and did not show “a complete picture”, they reflected a wider issue, adding: “It’s something we’re aware of.

“As data quality improves it will be the responsibility of police forces to explain why there were disparities… in use of force, and to act on any issues identified.”

A total of 12,000 people who experienced use of force were later detained under the Mental Health Act. Mr Twist agreed this was in part due to the police’s role as first responder in mental health-related incidents.

He said the report shows “a significant number of people we deal with do have mental health issues and interacting with people in mental health crisis has grown significantly in recent years”.

“It’s fair to say that in some cases force is needed to protect the person, the public or the officers when dealing with people in mental health crisis, or having mental health problems.

“The data is reflective of what we all know – that mental health is a significant issue in the criminal justice system.”

Deborah Coles, director of Inquest, a charity that provides advice on deaths in custody and detention, said: “These long overdue statistics are welcome concrete evidence of what we already know.

“Officers report most commonly using force not because of prior knowledge or possession of a weapon, but because of alcohol and drugs, the ‘size, gender or build’ of the subject, or mental ill health.

“These figures beg questions about discriminatory assumptions and attitudes towards certain groups of people. All restraint has the potential to cause death, and the same issues are reflected in the numbers dying.

“This is clearly not only a policing issue but about the need for investment in frontline drug and alcohol and mental health service.”

The NPCC introduced the requirement for all forces in the UK to record data on police use of force from April 1 2017.