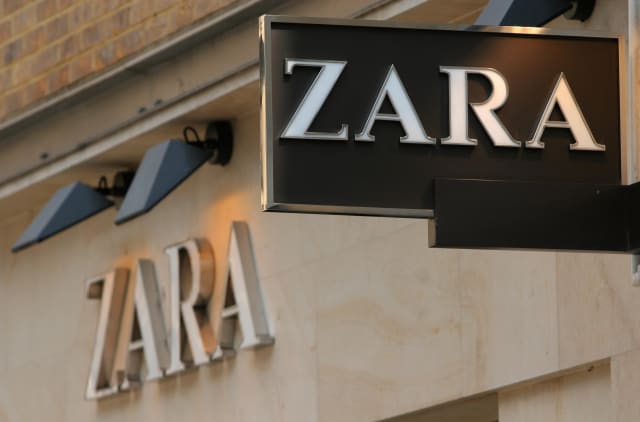 The owner of high street fashion giant Zara has become the latest retailer to take a weather hit after the unusually warm autumn left it nursing lower-than-expected sales and profits.

Spanish parent group Inditex saw like-for-like sales growth slow to 3% in the six months to the end of November after an “extraordinarily warm September”, although growth bounced back to 5% in October and November.

The world’s largest clothing retailer chose not to cut prices of clothing since September, unlike rivals who sought to offset the hit to demand for autumn ranges.

Shares in Inditex fell more than 4% after it missed forecasts with a 3% rise in group net sales over the first nine months of 2018 and a 4% increase in net profits to 2.4 billion euros (£2.2 billion).

Inditex said: “The company decided not to participate in the promotional activity widely seen in the sector since September.”

This tactic helped protect profit margins at Inditex, although its figures revealed the toll taken by a weaker euro.

Nine-month net sales were 7% higher with currency effects stripped out.

It added that like-for-like sales were higher in all regions including the UK over the nine months.

The latest falls for Inditex shares come after a difficult year for the stock, which has dropped 9% since January.

But chairman and chief executive Pablo Isla cheered the group’s “strong business model, which continues to deliver solid structural growth in all markets, along with our constant focus on developing the integrated store and online platform through continued enhancement of technology and systems”.

Inditex has 7,422 stores in 96 markets and its ranges can be bought online in 202 markets worldwide.