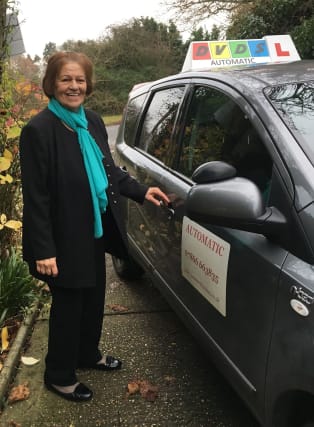 An 82-year-old woman who wanted more independence has passed her driving test at the first attempt.

Grandmother Josephine Sheeka, who lives near Colchester, had to take a break from lessons while she had a knee operation, but resumed them once she recovered from surgery.

“She’s a very nice lady, willing to learn, willing to try everything that I was coaching her to do and she’s done really well,” said Ms Musson.

“She just wanted to pass her test and did everything required of her.”

She said Ms Sheeka was her oldest student to date, but had not given it much thought.

“She doesn’t look like an old lady,” she said. “I just treated her like any other pupil I’ve taught to drive and she’s done really well.”