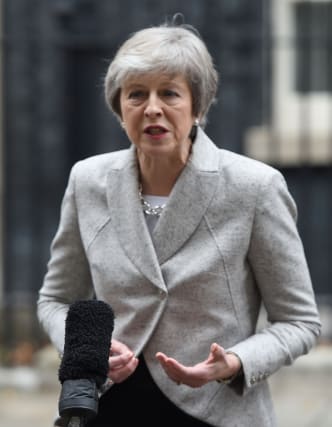 The BBC News Special with the result and reaction to the confidence vote in Prime Minister Theresa May has been pushed back to 8.30pm.

The programme, entitled May Leadership Challenge, was due to start at 7.30pm but has been moved back by an hour.

The previously scheduled 8pm broadcast of Shop Well For Less will be replaced by the news programme, which will be hosted by Andrew Neil.

The Apprentice is still expected to air at 9pm, but that may change if the vote result goes on longer than anticipated.

Lord Sugar himself tweeted about a potential delay to the programme, saying: “BREAKING APPRENTICE due to the vote of no confidence there is a posibility tonights episode 11 will be delayed or resheduled. @bbcapprentice.”

The BBC said it will react to developments as they happen.

ITV has not yet commented on any scheduling changes due for the confidence vote.