Second phase of Grenfell inquiry unlikely before end of next year 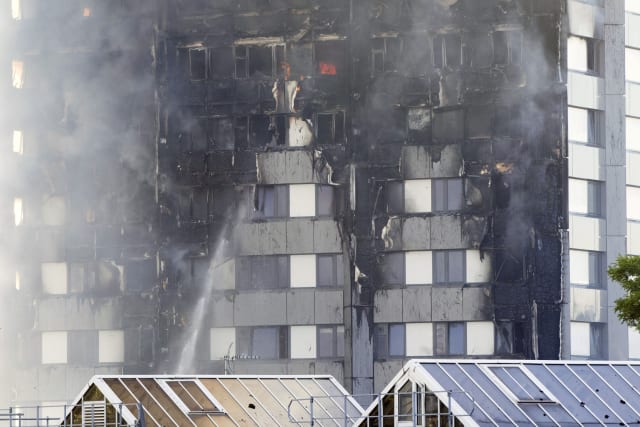 The second phase of the Grenfell Tower inquiry is unlikely to start until the end of next year, the chairman has announced.

Sir Martin Moore-Bick said there are more than 200,000 documents still to disclose, and this process is unlikely to be complete before autumn 2019.

The inquiry’s second phase will examine the wider issues surrounding the fire.

Speaking at the end of the inquiry’s first phase, which was confined to the night of June 14 last year, he said: “Given the scale of the preparations that have to be carried out, I think it is unlikely that it will be possible to start phase two hearings before the end of next year.

“However, careful and detailed preparation which enables us to focus on the aspects of the programme that are of real significance should make it possible to ensure that the proceedings, once begun, can be completed within a reasonable time.”

Sir Martin said the inquiry team is in negotiations to secure a venue in west London, after hearing repeated concerns from the bereaved and survivors about the unsuitability of the current central London space.

Survivors and bereaved relatives have said they have struggled to get to the venue, and they do not feel it is laid out with them at the heart of proceedings.

Sir Martin said: “I am pleased to tell you that we have found some premises in west London which have recently become available and which would provide us with what we need, involving a large hearing room.

“We have begun negotiations to take this premises and if all goes well we should be able to move in for the start of phase two proceedings.”

The first phase of the inquiry has been hearing evidence since May, when 10 days of commemoration hearings gave bereaved relatives the chance to pay tribute to their loved ones.

Since then, the probe has sat for almost 100 days, Sir Martin said, and collected and disclosed 20,000 documents.

Some 668 firefighter statements have been submitted, with 88 officers giving oral evidence.

Sir Martin said he was “particularly grateful” for the 307 statements received from the bereaved, survivors and local residents, 35 of whom gave evidence in person.

He said his interim report will be produced “as soon as possible, having regard to the volume of material that has to be digested”.