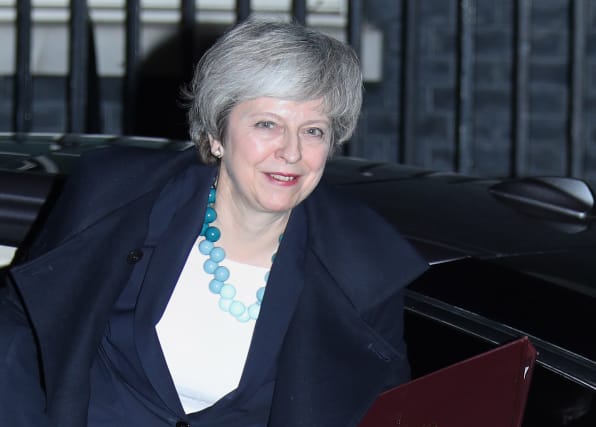 The Prime Minister would be expected to resign if the House of Commons expressed no confidence in her leadership, even if it was not in a statutory motion, an influential committee of MPs has said.

The Fixed-term Parliaments Act includes a statutory mechanism by which a general election can be triggered by a vote of no confidence.

But the Public Administration and Constitutional Affairs Committee said any expression of no confidence in the Government – whether in statutory or non-statutory terms – removes the Prime Minister's authority to govern and should prompt her departure.

The committee published the findings of its inquiry into the 'Status and Effect of Confidence Motions and the Fixed-term Parliaments Act' on Tuesday, amid speculation that Theresa May could face a vote of no confidence over her handling of Brexit.

Committee chairman Sir Bernard Jenkin, a senior Tory backbencher and Brexiteer who has been critical of Mrs May's Withdrawl Agreement with the EU, said: "It is fundamental to our democratic system that the Government commands the confidence of the elected House of Commons.

"We have made clear for both MPs and the public what would be expected to happen if the House were to express 'no confidence' in the Government.

"These are very important times and it is vital that people have a clear understanding of how these new and untested procedures operate and interact with long-established constitutional conventions."

The report said the Prime Minister would be expected to resign if a non-binding Commons resolution was backed by MPs "unless that authority could be restored".

She would then have to recommend a successor to the Queen.

Should the Conservatives be unable to agree on a new Prime Minster, an election could then be held under rules of the Act that govern early polls.

Introduced by the Tory-Lib Dem coalition in 2011, the part of the Act that governs no confidence motions has not been used before.

In order to trigger a general election using the Act, more than half of MPs must first vote for a motion containing precise wording that declares no confidence in the Government.

The Government then has 14 days to pass a motion of confidence, with a general election following if it fails to do so.

In its report the committee said the Act "in no way affects the fundamental principle that the Government's authority to govern rests on the confidence of the House, however it chooses to express it".

It added: "Outside the terms of the Act, if the House were to express no confidence, unless that authority could be restored, the Prime Minister would be expected to give notice that he or she will resign, but only when he or she is in a position to recommend to the Sovereign an alternative person to form a new administration.

"In the event that no alternative person can be found, it remains available to the House to bring about an early general election."

Under normal circumstances the Act states that elections must be held every five years.

Early polls like Mrs May's disastrous 2017 snap election can be triggered by a motion supported by two-thirds of MPs.

The Labour leadership has faced calls to table a formal vote of no confidence in Mrs May, with the pressure increasing after the PM pulled Tuesday's crunch vote on her Brexit deal.

On Tuesday morning representatives of four opposition parties wrote to Jeremy Corbyn urging him to join them in tabling a motion.