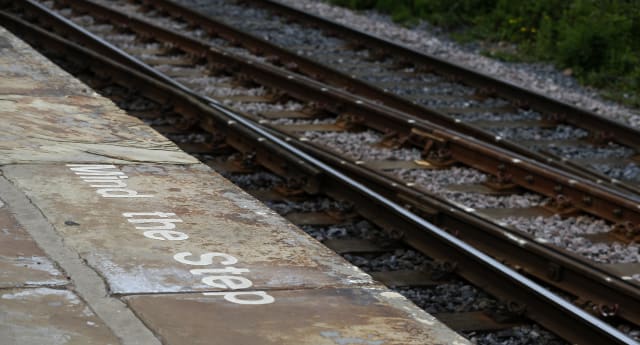 Only 40 passengers used the North Yorkshire station in 2017/18, according to Office of Rail and Road figures.

The coke ovens and blast furnace at the nearby SSI steel plant were shut down in 2015 – leading to a drop in demand for the railway station – but there are still some people employed at the site.

Just four Northern trains stop at the station each day between Monday and Saturday, two to Bishop Auckland and two to Saltburn.

According to the National Rail Enquiries website, it has no ticket machines, no waiting room, no toilet facilities and no step-free access.

British Steel Redcar is located near the town of Redcar, which recently featured in BBC documentary The Mighty Redcar.

Rail enthusiasts often visit the most rarely used station from the previous year to boost its passenger numbers.

London Waterloo was confirmed as Britain’s busiest station for the 15th consecutive year.

This was down 5% on the previous 12 months, due in part to the three weeks of disruption in August while major engineering work was carried out.

Services to and from the station have been hit by a series of problems in recent months.

On Tuesday a signal failure at Woking caused more delays and cancellations.