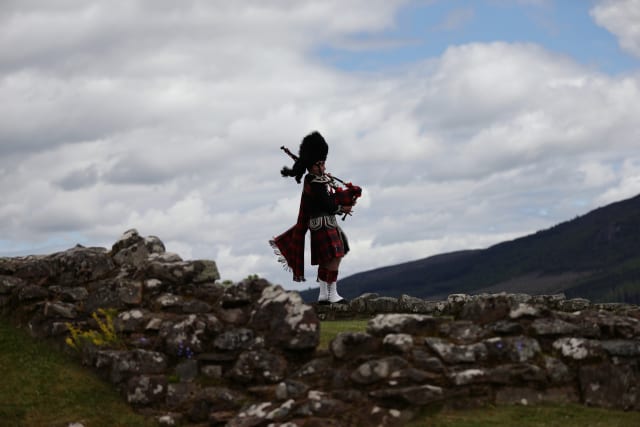 A conservation charity is calling on the Scottish Government to change how “culture” is defined after research suggested public attitudes are not reflected in current policy.

The National Trust for Scotland (NTS) said research suggests a “clear disconnect” between what the existing approach suggests should be considered culture and what the public believes it encompasses.

NTS commissioned a survey of 1,115 people across Scotland to find out what they felt should be included in the nation’s next culture strategy, which is due to be agreed in early 2019.

It found that people in Scotland have a broad view of culture – regardless of gender, age and income group – with an emphasis on places and participation.

However, NTS said that the current approach largely focuses on more conventional areas of culture, such as performing arts and the creative industries.

Diarmid Hearns, head of public policy at the National Trust for Scotland, said: “These findings suggest that ‘culture’ has a lot more to it than current national approach allows.

“While it’s predominantly focused on what might be considered more conventional areas – performing arts and creative industries parts of the economy – what it really lacks is an appreciation for the role that places play in our shared concept of culture.

“Yet historic buildings, landscapes and other kinds of ‘places’ seem to be exactly what Scots consider culture. They are made by the actions of current and past generations, and the physical and emotional experience of our special places are at the heart of our culture.

“Our research indicates there’s a clear disconnect between what the existing approach suggests should be considered culture and what the public believes it encompasses.

“The launch of the new culture strategy at the beginning of 2019 is an opportunity for us to bridge that cultural schism.”

More than half (53%) of those surveyed said they felt that parks, gardens and designed landscapes should be part of the proposed cultural strategy, while nearly half (48%) felt that landscapes, natural beauty and historic buildings and sites should also be included.

Experiences that involved participation, like festivals and events (48%), as well as sports (49%), scored similarly highly – particularly among younger participants.

Meanwhile, performing arts scored 44%, creative industries, such as film, media, games and animation, was selected by 40% of people and visual arts was included by 39% of those questioned.

The study found that “intangible heritage” – such as traditions, customs and stories – scored 38% while languages scored 36% and architecture and design 33%.

Mr Hearns added: “Our research suggests that if we recognise the cultural value of place, the new strategy could have greater reach and impact than if it remains focused on its current scope.”

The survey was conducted by Kantar TNS.

Long-Bailey vows to support whoever is elected as Labour leader