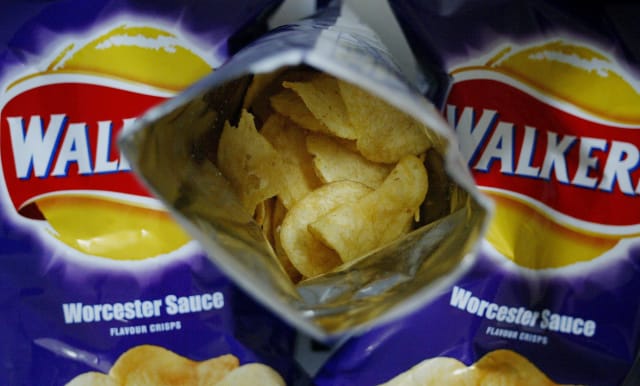 Walkers has won the backing of Environment Secretary Michael Gove as it launches a crisp packet recycling scheme in response to a public campaign against plastic waste.

Campaigners had called on consumers to post the non-recyclable crisp bags back to the manufacturer and celebrate their environmentally-conscious act on social media.

Now Walkers is launching a free scheme, which it describes as a nationwide first, to recycle the packets of any crisp brand in response to the backlash.

Snackers will be asked to send their bags to recycling firm TerraCycle, which will shred them into plastic pellets to be used in everyday items, like outdoor furniture and trays.

Mr Gove said: “As the custodians of our planet, we must take action now to protect our oceans and wildlife from single-use plastic pollution.

“Walkers are setting a fine example with this new scheme, and I want to see other companies step-up, follow suit and reduce their environmental impact.”

As the campaign gained traction, Royal Mail had to ask customers not to post anything that is not correctly packaged after the online petition against Walkers’ plastic waste soared past 300,000.

Consumers were taking selfies of themselves posting empty crisp packets addressed to Walkers and putting them online with the hashtag #PacketInWalkers.

In the first instance, Walkers is asking customers to collect a batch of packets and drop them off at a collection points manned by volunteers – but with only 191 participating collection points around the UK this could be a long journey.

If you live near the Welsh border in Hay-on-Wye you would need to travel more than 40 miles by car to get to the closest drop-off location near Caerphilly.

A courier can be arranged for free, however.

Despite a claim on Walkers’ website that 400 packets must be collected for this service, a spokeswoman insisted a courier would be dispatched to collect even one empty crisp bag offered for recycling.

Emily Stevenson, a 21-year-old campaigner against crisp plastic waste, celebrated Walkers’ move as a “step in the right direction”.

“To save the planet people need to be thinking that we are going to have to be making sacrifices – or stop eating crisps.”

PepsiCo, which owns Walkers, has pledged to make all its packaging completely recyclable, biodegradable or compostable by 2025.

Ian Ellington, PepsiCo UK’s general manager, said: “This is the first crisp packet recycling scheme in the UK and it will only work if everyone gets collecting and sending in, which is why we’ve made the scheme as simple as possible and free.”