Gordon Brown given award for work to boost children’s education 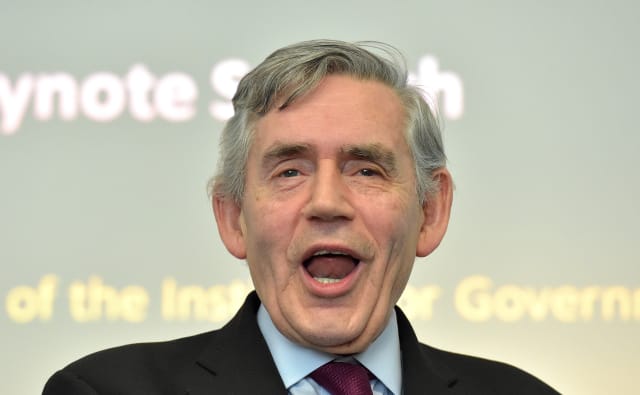 Former prime minister Gordon Brown has been honoured for his “special work” in trying to ensure every child across the world can attend school.

Mr Brown was named as the latest recipient of an award scheme set up by Norwegian novellist Jo Nesbo to recognise those who are “simply doing good things”.

The ex-Labour leader said he would give the £200,000 cash prize from the Harry Hole Prize – named after Nesbo’s most famous fictional detective – to children’s charity Theirworld.

His wife Sarah Brown in president of the organisation, which works to give young people a better future across the globe.

A spokesman for the Harry Hole Foundation said: “Gordon Brown has done such special work on financing education in the world’s poorest countries.”

Mr Brown received the award at a ceremony in Oslo in front of Norwegian Prime Minister Arna Solber.

The former MP said: “I am honoured to receive this. We need to support work to break down the barriers that prevent young people from going to school – and bring young people to the front lines of the civil rights struggle of our time, the right to education.

“This is why I have chosen Theirworld as the recipient of this award, to help them build on the 1,000-strong Global Youth Ambassador group – young people under the age of 30, who are determined to campaign until every single child is at school and learning.

“They will build the movement of the next generation of leaders and activists for all of those denied an education.”