Scottish Secretary David Mundell has revealed he would not be in Boris Johnson's cabinet if the former foreign secretary became prime minister.

Mr Mundell, who has served under both David Cameron and Theresa May, said his disagreements with the outspoken former London mayor would make it "extremely difficult" for him to stay on as Scottish Secretary.

He spoke out as Mr Johnson refused to rule out challenging Theresa May for the Tory leadership, as he called for her Brexit deal to be renegotiated. 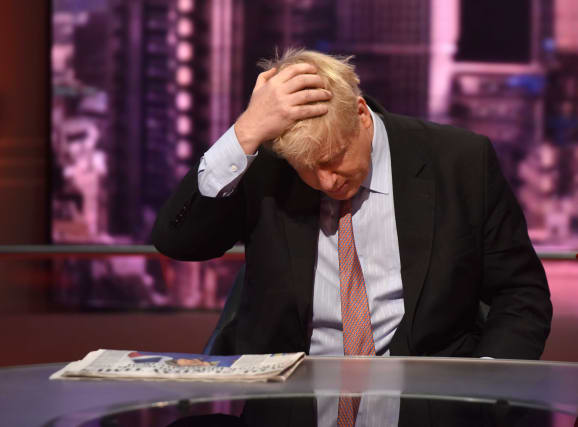 The Brexiteer told BBC's Andrew Marr Show: "It's a relatively simple job to do.

"We can have a withdrawal agreement that does not contain the backstop.

"We can do much, much better than this."

But Mr Mundell, who campaigned for Remain in the run up to the 2016 referendum, hit back and said: "A lot of people have the fanciful idea that Santa is going to turn up and put a new deal in their stocking.

"That's not going to happen."

The Scottish Conservative MP told the BBC's Sunday Politics Scotland that it had "always been a condition of the withdrawal agreement" that it would contain a backstop deal for Northern Ireland, to prevent the return to a hard border there.

And he insisted Mr Johnson's suggestion that this could be removed from the deal was "simply not possible".

Mr Mundell added: "Mr Johnson knows that, he was in the cabinet till relatively recently.

"I don't understand how he has come to that conclusion."

Asked if he would remain in the cabinet if he replaced Mrs May in Number 10, the Scottish Secretary stated: "Given my views about Mr Johnson which are well known that would be extremely difficult.

"Mr Johnson and I don't agree on a whole range of issues and I don't see myself being able to serve in that way."

David Mundell tells Gordon Brewer that he's abandoned his promise to resign over the preferential deal for Northern Ireland because he's "taken a judgement." @Sun_Pol_Scot

While both Mr Mundell and Scottish Conservative leader Ruth Davidson had both threatened to quit their posts if the PM's Brexit deal jeopardised the "integrity of the UK", the MP insisted the future of the union would be more at risk if the UK was to leave the European Union without a deal being in place.

He stated: "The threat to the integrity of the United Kingdom, which I regard as the principle issue......it is most likely to be threatened by the crash, by the uncertainty, by the division, by the chaos which provides the backdrop nationalists want to move forward with their independence referendum here."

And he said: "I have had to make a judgment on what is in the backstop, which is a temporary measure which may never come into force, and what risk that causes to the integrity of the United Kingdom, compared to crashing out of the EU in less than four months time, which I regard as the most significant threat to the integrity of the United Kingdom."