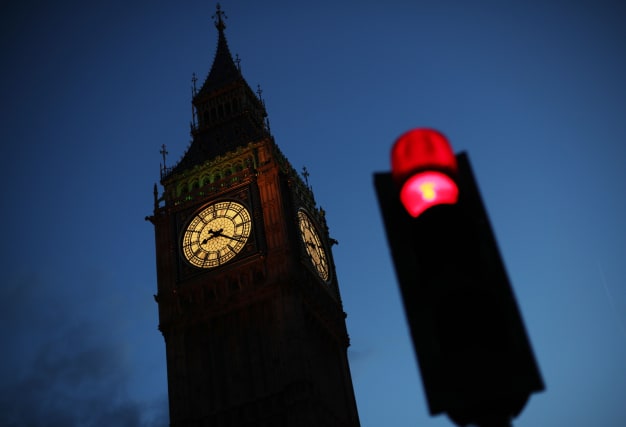 Sunday marks 150 years since the world’s first traffic light was installed close to Westminster Bridge in London, though its first appearance in the UK was brief following a disaster.

The gas-powered traffic light was installed at the junction of Great George Street and Bridge Street in Westminster on December 9, 1868, under the manual control of a policeman.

Nottingham engineer John Peake Knight took the idea from the railway signalling system onto roads, using red and green gas-powered lamps, but a leaky gas mains a month later resulted in one of the traffic lights exploding and seriously burning the policeman on duty – though some accounts suggest he may have even been killed – resulting in the trial being scrapped.

“It meant that even though this first traffic light of its time on the roads of Great Britain was introduced in 1868, it then disappeared in the UK for more than 40 odd years,” explains Edmund King, president of British motoring association AA.

During its absence from the UK, the technology was developed further in the US and then around 1929 the first electric signals started becoming commonplace in London.

Despite the traffic light’s long history, its greatest period of growth did not happen until the 2000s. According to the AA, between 2000 and 2008 there was a 30% increase in traffic lights across the UK and 25% in London, bringing an extra 6,000 traffic lights.

“In the ’80s and the ’90s, the increase in traffic lights was probably then in central urban areas, to help pedestrians, to help cyclists,” Mr King continued.

“Now, it’s more at these big junctions that tend to be at the periphery of urban areas where you might have a big roundabout-type junction but now regulating it with traffic lights, and you are seeing an increase in that.

“So, after 150 years, the Great British traffic light is far from dead, it’s increasing on quite a scale.”

Countdown systems that provide pedestrians with a timer and traffic lights for cyclists are among the more recent trends, but questions have been raised about the future of the traffic light as technology around autonomous vehicles continues to develop.

“Until all cars are driverless, you will still need the wonderful British invention of the traffic light.”