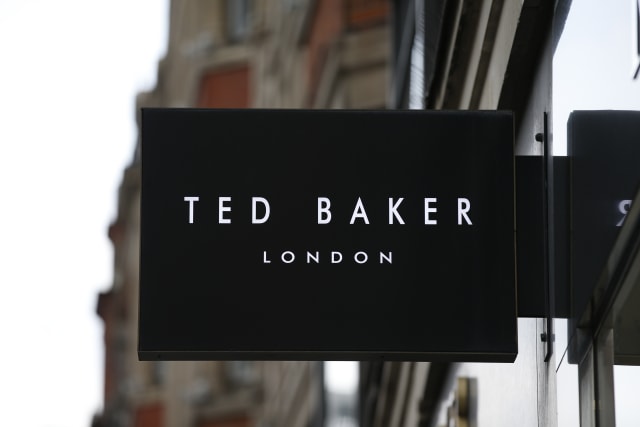 Ted Baker has reported a dip in third-quarter sales and confirmed that Herbert Smith Freehills will conduct a probe into harassment allegations levelled at chief executive Ray Kelvin.

The under-fire retailer said the law firm will carry out an “independent external investigation” after a petition emerged calling on the fashion brand to “end harassment”, accusing Mr Kelvin of enforcing a “hugging” culture.

Mr Kelvin is also accused of asking young female staff to “sit on his knee, cuddle him or let him massage their ears”.

Herbert Smith will report to a committee of the company’s non-executive directors which will be chaired by Sharon Baylay.

Shares fell to a five-year low this week as investors digested the news and fretted over the fallout.

Ted Baker has denied that hugging was “insisted upon”.

The announcement came alongside results which showed a 0.2% decline in sales in the 16 weeks to December 1, driven by falling revenue in Ted Baker’s wholesale division.

It also blamed unseasonal weather across the UK, Europe and east coast of America, which affected trading in September, as well as challenges in the retail market.

Wholesale sales for the period decreased by 6.5% while retail sales, including online, rose 2.3%.

Store sales for the last eight weeks of the period rose 4% as the weather became more typical for the season, Ted Baker added.

Mr Kelvin said: “We are pleased with the brand’s continued expansion, which is a reflection of the strength of the Ted Baker brand and the design and quality of our collections.

“The investment in our flexible business model ensures that the Ted customer has multiple channels to engage with the brand and underpins our long-term development.

“Our global e-commerce business continues to grow well and is complemented by our digital marketing strategy and unique stores that showcase the brand.”

In October, the retailer revealed a hit from collapsed department store chain House of Fraser as it posted lower half-year profits.