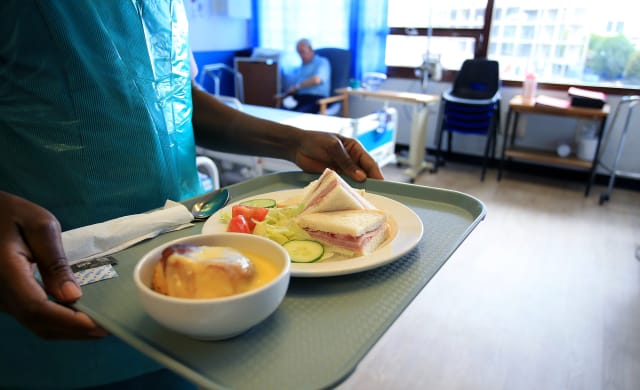 Vegans have warned public-sector organisations could be taken to court unless more is done to provide plant-based options.

The Scottish Parliament has been petitioned to have vegan food on all public-sector menus from schools and hospitals to prisons and councils.

Giving evidence in support of the petition, Barbara Bolton, a solicitor who deals with vegan law, condemned the “systemic failure” to provide for vegans.

Arguing public organisations have an obligation to provide vegan options, she said: “Vegans have legal protection under human rights and equality law because the vegan philosophy passes the test of non-religious belief that is serious, cogent and worthy of respect.

“The protected status of veganism means that we have a right to live in a way that avoids using and killing animals or paying someone else to do that for us and not to be discriminated against on account of our veganism.”

Ms Bolton added: “Ultimately, if nothing is done in terms of the human rights and equality issues, there will be claims that will go to court.

“We would rather avoid that because I don’t think that’s the ideal way to resolve issues like this.”

Mark Banahan, who submitted the petition on behalf of the Vegan Society and Go Vegan Scotland, set out the environmental and health cases in support of the change.

He said: “In June this year, researchers from Oxford University conducted a landmark study that found eating a vegan diet is the single-biggest way that in which an individual can reduce their impact on the Earth.

“The Scottish Government has made a number of commitments to tackling climate change, so by increasing the availability and accessibility of vegan food, we hope that longer-term diet choices will be more environmentally friendly and help in mitigating climate change.”

Mr Banahan added: “Scotland currently has the highest overweight and obesity levels of any UK nation.

“Building familiarity with plant-based foods in a public setting could help to address this and reduce long-term diet-related illnesses that currently put strain on the NHS.

“Scotland has the chance to take the lead in the UK and recognise the many benefits this change would bring to the growing number of Scottish vegans, the environment and public health.”

Concerns were raised about the potential cost of forcing public sector organisations to provide plant-based options, as well as whether a strictly-vegan diet was nutritionally suitable for growing children.

Mr Banahan responded: “We’ve got a dietician who can provide meal plans which would more than meet any child’s calorie intake.

“There is supplementation recommended around one nutrient which is B12, but we would recommend schools would have that available as well if they were providing vegan food.”

MSPs said they would the issue forward and suggested they could write to catering providers who supply public sector, investigate the cost implications and see what work the Scottish Government is already doing as part of its food policy.