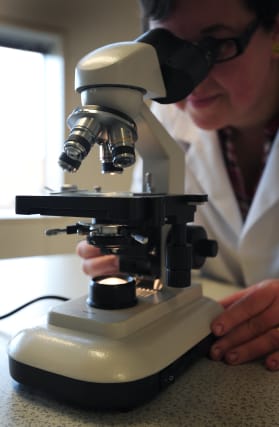 More than 40 people have had criminal convictions quashed following an investigation into alleged data tampering at a forensics lab, the National Police Chiefs’ Council (NPCC) has said.

So far some 2,700 cases have been re-analysed out more than 10,500 identified as potentially being affected by data manipulation at Randox Testing Services (RTS).

Forty people who had either pleaded guilty or been convicted of drug-driving had their prosecutions overturned following the reanalysis, Mr Vaughan said.

One other had a conviction quashed at the Court of Appeal after a legal battle.

The officer added more than 50 further drug-driving investigations were dropped before prosecutions were won, with this number likely to rise.

Mr Vaughan described the scandal as a “serious breach of integrity” of an unprecedented scale in living memory in UK forensic science.

The re-investigation of cases since 2014 was launched in January last year after allegations emerged that scientists had manipulated forensics data at an RTS site in Manchester.

Two men, aged 31 and 47, were arrested on suspicion of perverting the course of justice by Greater Manchester Police and have been bailed until January.

Six more people have been interviewed under police caution with one remaining under investigation.

The investigation has found around 3% of cases reanalysed have been dropped or overturned. All of these were brought over drug-driving allegations.

A further case referred to the appeals court saw a sentenced reduced, one appeal unsuccessful with a fourth pending, Mr Vaughan said.

He believes the botched results are due to the manipulation of test results rather than samples being tampered with – but was unable to guarantee samples’ fidelity at this stage.

“We can’t be fully sure, that’s part of the investigation into Randox,” he said.

Of the 40 cases reopened, they were all dropped using powers under the Magistrates’ Courts Act.

All had received driving bans or fines but had not been sent to prison, Mr Vaughan said.

Retesting is expected to continue into December 2019 and has been slower than expected partly due to an existing shortage of forensic testers which has been exacerbated by the scandal.

He added: “We have a perfect storm of a chronically saturated market, now you have one less accredited provider in the market and now you have 10,500 new cases for retesting.”

More than 10% of the most serious cases still must be retested, with thousands still needing fresh analysis.