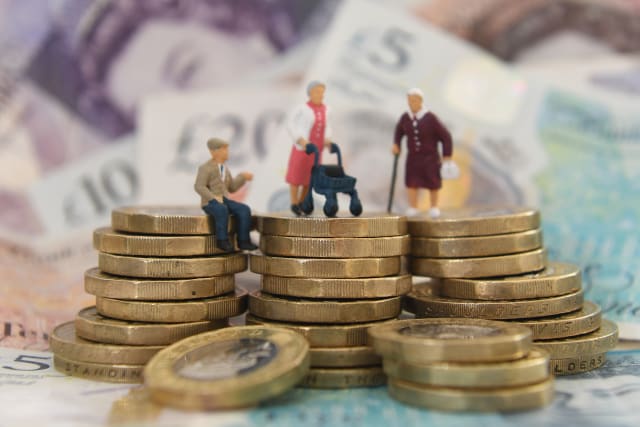 A consultation into pension “superfunds” which could give savers more secure retirement incomes has been launched by the Government.

A superfund offers a new option for employers.

It is for closed defined benefit (DB) pension schemes – such as final salary pensions – and could help these schemes to be run more efficiently.

DB schemes promise savers a certain level of payout when they retire, but firms have found them increasingly expensive to run as people live for longer.

A significant proportion of DB schemes remain in deficit, and have done over the last decade, despite cash injections to fill pensions black holes.

While the outlook for the vast majority of schemes is positive, in that members can expect to receive the pensions they have been promised, there are some schemes where the outlook is much more uncertain, the consultation document said.

It said: “In some cases, a closed DB pension scheme can be a significant burden for the sponsoring employer, limiting their ability to focus on their core business, including investment for the future and the pay and pensions of current employees.”

Superfunds will have benefits of scale and are likely to be able to access a wider and potentially more innovative mix of investment opportunities, the consultation said.

With superfunds, an employer can pass their closed DB scheme to a team of professional pension trustees and asset managers with a lump sum of cash which will be put into a “capital buffer” with funds from outside investors.

These funds will then be used to top up the pension scheme if the current assets are under-performing, protecting members’ payouts.

This would mean that a member’s pension scheme performance will be top priority for a dedicated group of people – which should improve its performance while businesses can focus on getting on with the day-to-day running of their companies.

The consultation looks into regulating the market and the Government wants to make sure the Pensions Regulator (TPR) has the right tools and powers to step in when necessary to ensure scheme members are protected from excessive risk.

Superfund trustees would also need to pass a “rigorous” fit and proper person test under the plans.

Minister for Pensions and Financial Inclusion, Guy Opperman said: “Well-run superfunds have great potential to deliver more secure retirement incomes for workers while allowing employers to concentrate on what they do best – running their businesses.

“We’re clear there needs to be proper regulation, and we’re consulting to ensure we get that right.

“We’re transforming pensions saving in this country through our radical reforms, and this is yet another innovation which will improve retirement prospects.”

The consultation period runs until February 1 2019 and applies to England, Wales and Scotland.

It is envisaged that Northern Ireland will make corresponding regulations.

Joe Dabrowski, head of DB, local government pension scheme, and standards at the Pensions and Lifetime Savings Association (PLSA) said: “We are pleased that the Government is taking action to enable scheme consolidation and the creation of superfunds.”

He continued: “Over 11 million savers across the UK are still reliant on DB schemes for their retirement income but – despite employers making over £400 billion of contributions over the last 10 years in – the vast majority of schemes remain in deficit.

“Allowing DB schemes the choice to consolidate and enter a superfund will provide a much-needed new option for many schemes.”

Sir Steve said: “The UK is unusual in having large numbers of small company pension funds, some of which may struggle to meet their pension promises.

“Combining schemes into a much smaller number of superfunds could make the process much more efficient and improve the chance that pensions will actually be paid.

“Whilst the Government needs to make sure that such schemes are well run and well overseen, they offer a game-changing opportunity to improve the security of people’s pensions and should be encouraged.”