Anti-terror arrests down but police investigations at record level 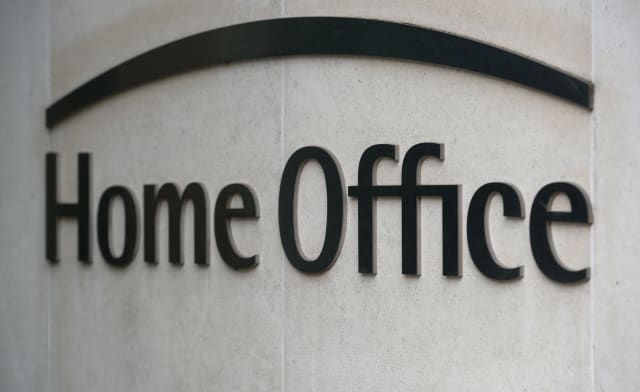 Arrests for terrorism-related activity have fallen by nearly a third, official figures show.

The number of suspects held in the year to the end of September, 317, was down by 31% compared with 462 in the previous year.

The Home Office said the decrease is partly due to a relatively large number of arrests in the 12 months from October 2016 – a period which included investigations in the wake of the attacks in London and Manchester.

Police say the fall should not be seen as an indication of a reduction in the threat.

Deputy Assistant Commissioner Dean Haydon, senior national co-ordinator for counter-terrorism policing, said: “This is the fourth consecutive year where we’ve seen the number of counter-terrorism related arrests exceed 300 – a level that hadn’t been reached prior to that since we began to record this data in 2001.

“It reflects the fact that in recent times we have seen a genuine step-change in terrorist activity, but equally, that we are meeting this with increased activity from the police and security services in order to keep the public safe.

“At any given time, we are also working on some 700 live CT (counter-terrorism) investigations involving around 3,000 individuals and this record level of activity shows no sign of abating.”

He added: “In the run-up to the Christmas and New Year period, I would urge everyone to remain vigilant and act if they see anything suspicious by reporting it to us.”

The Home Office figures, which cover the use of anti-terrorism powers in Britain, revealed:

– The number of people in custody for terrorism-related offences, 224, was the highest since data collection started nearly a decade ago

– In the year to September, 22 of those arrested were aged under 18 – the highest number for an equivalent period recorded in arrest statistics dating back to 2001

– There were falls across all ethnic groups, with the proportion of those arrested who were Asian (33%) lower than those who were white (40%)

It emerged in the previous set of figures, covering the 12 months to June, that more white suspects than people of Asian appearance were arrested in a year for the first time in more than a decade.

The latest statistics showed that that 205 arrests were registered in the “international” category. This covers suspected activity linked to or motivated by terrorist groups based outside the UK, such as Islamic State.

Sixty-four were logged in the domestic bracket, which includes cases where there is no connection to either Northern Ireland-related or international terrorism.

Further breakdowns are not given but this section would include arrests relating to suspected far-right activity.

Of the 85 individuals charged with a terrorism-related offence, 37 had been prosecuted, all of whom had been convicted.

Forty-seven people were awaiting prosecution and one was not proceeded against.