Flood warning as Storm Etienne passes over parts of UK 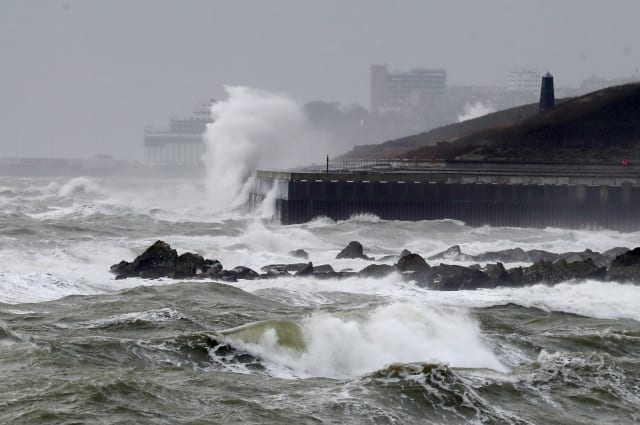 Wales faced heavy downpours on Wednesday after a severe weather warning was issued in parts of the country.

The Met Office said homes and businesses in the worst-hit areas could also potentially face flooding as Storm Etienne passes over the UK.

The storm was named by the IPMA Portuguese weather service after it was first detected in the Azores region of Portugal, and is currently making its way over western parts of the UK.

In Wales, areas including Pembrokeshire, Carmarthenshire, Ceredigion, Powys and Swansea, were the worst affected, with warnings of “heavy rain and possible flooding” in place until 12pm.

The Met Office said: “Bands of heavy rain are expected to cross Wales on Wednesday, with the south and south-west perhaps seeing the heaviest rain later in the morning.”

The service added that up to 2in of rain could fall in some hilly locations, and has issued a yellow warning for icy patches.

Natural Resources Wales had nine flood alerts and one flood warning in place across south and west Wales, with the most severe threat to the River Gwendraeth Fawr at Pontyates and Ponthenry near Llanelli, which the Welsh government said required “immediate action”.

A yellow weather warning has also been issued ahead of strong winds of 60-70mph in parts of North Wales on Friday, with the Met Office warning some roads and bridges may close.

The next storm to affect the UK first will likely be named by the Met Office, with Deirdre next on a list of names chosen by the public, followed by Erik and Freya.