Charles and Harry to join discussion on youth violent crime 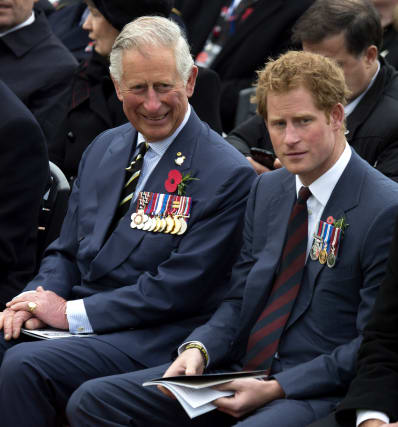 The Prince of Wales and the Duke of Sussex are to join a discussion about youth violent crime.

Charles and his youngest son Harry will meet Pride of Britain winner Omar Sharif, who rose from a life embroiled with gangs in London and the pains of being homeless to running his own personal fitness business.

The prince and the duke will also speak with Prince’s Trust Ambassadors, families of victims of youth violent crime, and community groups and practitioners.

Metropolitan Police Commissioner Cressida Dick has insisted the tide is turning against the rise in violent crime.

But she admitted it would take a long time to tackle the 180 violent gangs in London that are “busy” dragging children into crime.

So far this year in the capital, there have been 123 homicides, more than the 118 in the whole of last year, not including the victims of terrorist attacks.

Ms Dick told LBC that after three years of gun and knife crime increasing, the rate is now starting to level off and come down.

The event, organised by The Prince’s Trust of which Charles is patron, will take place at Clarence House on Wednesday December 12.