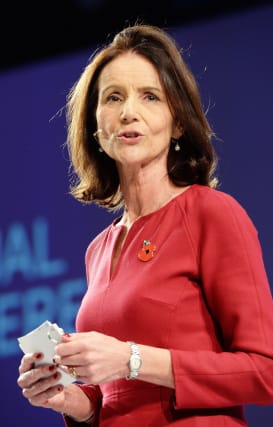 Britain can expect steady economic growth if it leaves the European Union in an orderly way, according to the head of the CBI – but she warned a no-deal outcome would blow such predictions “out of the water”.

CBI director general Carolyn Fairbairn said businesses, jobs and living standards would be “severely” hurt if the UK crashed out of the EU.

Yet she predicted the UK could expect “steady economic growth”, with improvements in business investment and continuing export growth over two years under a “smooth” Brexit.

The business organisation said it expected GDP growth of 1.3% for 2018, 1.4% in 2019 and 1.6% in 2020, if the UK succeeds in securing an “orderly Brexit” next year with the Government’s Withdrawal Agreement being ratified.

The Government’s deal is not perfect. But it is the only offer on the table that can protect our economy, reduce uncertainty and open up a route to a decent trade deal in the future.

Ms Fairbairn said: “An orderly Brexit next year would see the UK enjoy steady economic growth for the next couple of years. But as the range of recent impact studies show, a no-deal scenario would blow these figures out of the water, severely hurting businesses, jobs and living standards.

“The Government’s deal is not perfect. But it is the only offer on the table that can protect our economy, reduce uncertainty and open up a route to a decent trade deal in the future.

“Business has proved resilient in the face of great uncertainty ever since the referendum. Now – with no-deal still a real possibility – nearly all firms with contingency plans will be advancing them by Christmas in the absence of some resolution to the Brexit process.

“Brexit has sucked the oxygen from the domestic agenda, where there are urgent issues to address.

“Crucially, improvements in people’s wages will only be sustainable with higher productivity. So firms will want to see the Industrial Strategy accelerate in 2019 and for the Government to use its Spending Review to set out a roadmap for delivering on its R&D spending target in partnership with business.”