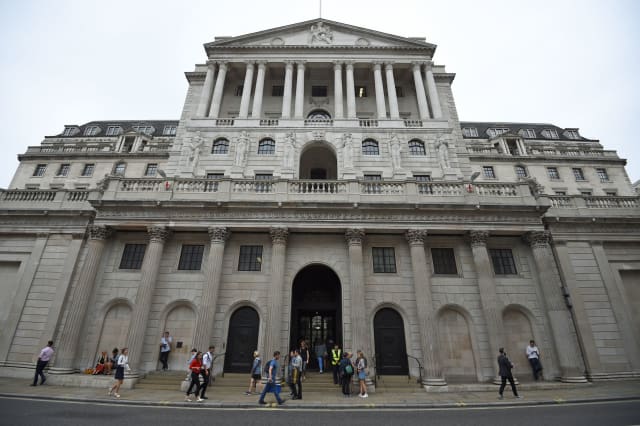 A former UK interest rate-setter has slammed the Bank of England’s doomsday Brexit report as “extreme” and “implausible”.

In a hearing with the Treasury Select Committee, Mr Sentance – an ardent critic of Bank governor Mark Carney and the Bank’s recent policy – also took aim at the Bank’s independence and communication.

He said: “They seem to assume that the disruption from a no deal scenario would be very long lasting, which seemed to me to be rather extreme.

“Secondly, they put in assumptions about the response of policymakers, particularly the MPC, that it would actually raise interest rates to about 5.5%.

“If you look at how the MPC has behaved over the last decade or so, that seems to be very implausible.”

His appearance in front of the cross-party committee of MPs comes after Mr Carney insisted on Tuesday that some criticisms of the report were “unfair”.

The analysis published last week prompted a vicious backlash, with pro-Brexit Conservative MP Jacob-Rees Mogg describing Mr Carney as a “second-tier Canadian politician” and claiming he had damaged the Bank’s reputation with his repeated Brexit warnings.

Mr Sentance is a Remainer, but still believes the Bank’s report went too far and was poorly communicated.

“The way it came across in the media wasn’t really totally clear that it was a very extreme view, even in the Bank’s own terms,” he said.

“The communication of it was less than ideal.”

Mr Carney told the committee on Tuesday that the analysis was only published at the request of the committee, while he admitted the worst-case scenario impact of Brexit was a “low probability”.

He also denied MP suggestions that he had colluded with Number 10 Downing Street to publish the report on the same day as the Treasury’s analysis – with the committee confirming it had driven the timing of its release.

But Mr Sentance said the Bank had not been “careful enough” to distance itself from the Government.

He said: “I have some concerns … that the Bank’s independence doesn’t seem to stand so strong as perhaps it had in the first 10 or 15 years as an independent central bank.”

He also hit back at Mr Carney’s comments to MPs on Tuesday of a “simpler but less successful time, when all the Bank did was focus on inflation”.

Mr Sentance, who served on the MPC from 2006 to 2011, said: “I’m not sure it was a simpler time in terms of dealing with the financial crisis.”

But he agreed with the Bank that a no-deal Brexit, where the UK is left on World Trade Organisation rules, would be bad for the economy.

He said he found it “hard to see that, even if you look 10/15 years ahead, we’ll be better off” after Brexit.

Mr Sentance, who recently retired from PwC where he worked for seven years and now acts as an independent business economist, has been highly critical of Mr Carney’s appointment in the past.

In an interview with the Press Association in June, he said the Treasury should not look overseas again when it hired a successor to Mr Carney.

In an explosive critique of Mr Carney’s reign, Mr Sentance also said the Governor’s “lack of confidence” with raising interest rates was because he was “not familiar with the UK economy”.