NHS staff numbers up, but nursing and midwifery vacancies increase 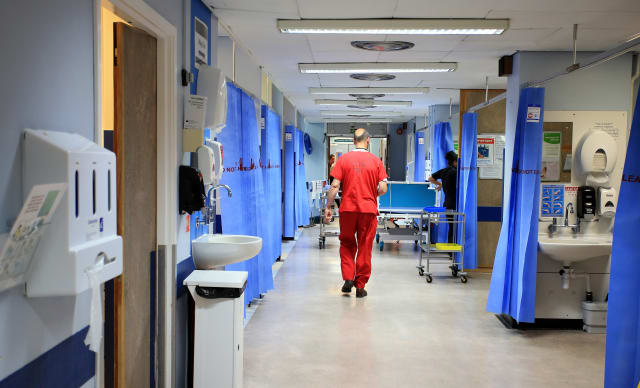 NHS Scotland staffing numbers have increased slightly in a year but while vacancy rates for medical and dental consultants have fallen, those for nurses and midwives have risen to more than 2,400.

Official NHS Scotland figures show staff were directly employed by NHS Scotland last year, up 0.2% from the previous year when taken as a whole-time equivalent to factor in part-time workers (WTE).

Staffing figures have risen for seven years in a row but the rate of growth has slowed.

The picture across Scotland's health board varies, with six out of 14 reporting a decrease in staff at the September 30 census point compared to the same date in 2016.

The number of qualified midwifery and nursing staff in post was 43,267.5 WTE, up 15.7% year on year, but there were variations across the country with eight boards reporting falling numbers.

For these positions more than two thirds (65%) had been lying empty for six months more, while for the nursing and midwifery vacancies just over a third (36%) had not been filled for three months or longer.

The census found the number of paramedics in post has also risen – up 5.6% to 1,468.5 WTE year on year – but the vacancy rate has increased to 3% from 1.8% last year, half of which had been lying empty for three months or more.