Some parts of northwestern China have been blanketed by "yellow snow", a phenomenon the meteorological authority said was due to a combination of cold weather mixed with sandstorms.

Snowfalls of 10-20cm (around 4-8 inches) were reported in the region's capital Urumqi and the cities of Shihezi and Changji on Saturday.

Residents found the surface of the snow was covered with a layer of dust but white underneath, a phenomenon some compared with tiramisu. 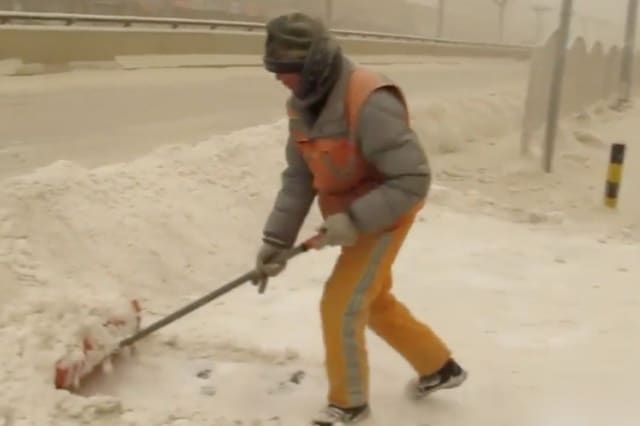 "Since last Friday, many places in Xinjiang have been hit by gales measured at force seven or above," He Qing, director of the Xinjiang Meteorological Administration, told the Xinhua news agency.

"Heavy dust intertwined with winds affected cities from the north to south.

"Because of low temperatures, it snowed and the dust came at the same time."

He said there were different coloured layers in the snow because the falls changed over time.

"In the early stage, what was falling mainly contained snow. But in the later stage, it was mainly dust," He said.

A woman road cleaner in Urumqi who has been doing the job for 13 years told video website Pear Video that it was the first time she had seen the phenomenon.

"It is so dirty," the woman said. "It took us more effort to clear it."