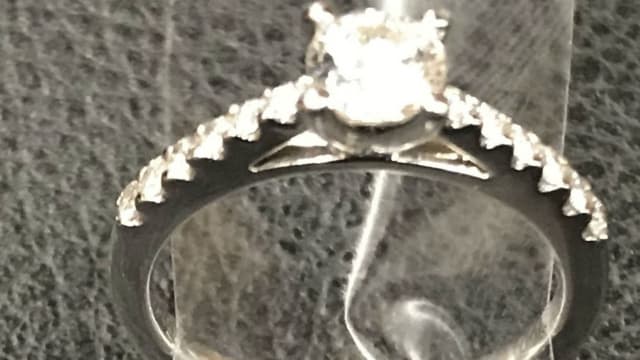 A groom-to-be at the centre of an online appeal after his fiancee’s engagement ring dropped down a New York City grate has said he is “absolutely ecstatic” that the jewellery has been found.

The newly engaged pair, named by police as John and Daniella and said to be from the UK, were the subject of a mass Twitter search after New York Police Department (NYPD) shared footage of them desperately trying to retrieve the ring from a pavement grate.

The force said officers had managed to recover the jewellery and appealed for help in tracking the couple down after they left the area without leaving any contact details.

NYPD later revealed they had found John and Daniella, and that arrangements were being made to reunite the bride and groom-to-be with the ring.

The newspaper reported that the couple had become engaged in Central Park just hours earlier, but the ring was too big and later slipped off in Times Square, falling down the grate.

“I just thought it was gone forever,” Daniella told the paper.

“I was devastated,” she added. “I was literally crying. It was the worst moment of my life.”

The original appeal was re-tweeted more than 25,000 times and NYPD tweeted its thanks on Sunday.

They said: “We would like to thank everyone who shared this story! The (now) happy couple is back in their home country, but thanks to your retweets they heard we were looking for them! We’re making arrangements to get them their ring back. Congratulations!”

The force followed up with a picture of the happy couple holding a celebratory drink, with the words: “Thank you, Twitter. Case closed! Love, John, Daniella, and the NYPD.”