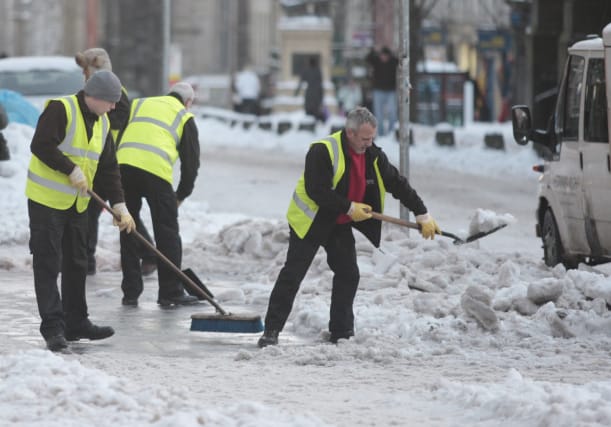 Unison, Unite and the GMB have written to every Scottish council leader urging them to up their offer of a 3% increase for staff or risk “widespread industrial action across the local government workforce”.

Members, who rejected the recent the pay offer, will demonstrate outside Friday’s meeting of Cosla leaders in Edinburgh and say there will be strikes in the new year if the offer is not improved.

The unions say despite assurances from Cosla about parity and fairness across all local government workers, the Scottish Government found an extra £38 million for teachers – meaning some teachers could get up to 10% pay rises.

The letter to the 32 council leaders sets out the unions’ key concerns and states: “There is now a very real possibility of widespread industrial action across the local government workforce unless you take measures to improve the current offer.”

Unison’s head of local government bargaining Johanna Baxter said: “Cosla leaders have the power to prevent mass industrial action across the local government workforce by listening to, and addressing, the genuine concerns of our members.

“We would urge them to do so and to improve the current pay offer.”

Drew Duffy, GMB senior organiser, said: “Cosla and the Scottish Government are running out of time to do more for the lowest paid in local government.

“Our members are very clear that they are prepared to move to industrial action in their fight for a better offer and after a decade of cuts to their pay and conditions, no one should be surprised.

“How the employer-side responds over the coming days will be a reflection of how they value workers on the front-line of our vital local services – and it will also shape the unions’ next steps.”

A Cosla spokesman said: “This will be an item on our leaders’ agenda tomorrow.”