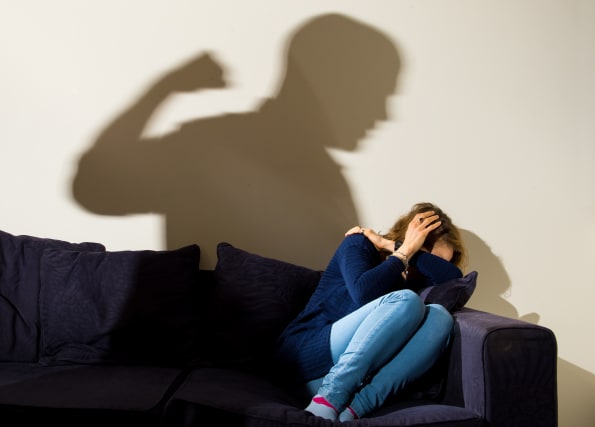 Domestic abuse incidents recorded by police in Scotland have risen in the past year but the Justice Secretary says he is confident new laws will help tackle the crime.

A total of 59,541 incidents of domestic abuse were recorded in 2017-18, according to Scotland’s chief statistician, an annual increase of 1%.

In line with previous years, around four out of every five incidents of domestic abuse had a female victim and a male accused, while the vast majority (88%) occurred in the home.

The percentage of incidents dealt with by officers that recorded at least one crime or offence fell to 44%, down from 47% in 2016-17.

Describing the new domestic abuse figures as “sobering”, Justice Secretary Humza Yousaf said: “As a society we must work collectively to reduce this number – making clear that such behaviour is unacceptable.

“This includes educating young people about healthy, positive relationships and challenging those who minimise the impact of abuse or gender-based violence.”

New legislation due to come into force next year will introduce a new offence criminalising coercive and controlling behaviour that can constitute domestic abuse.

Mr Yousaf added: “At the same time domestic abuse laws coming into force next year will help police and prosecutors to better tackle coercive, controlling abuse that can have as devastating an impact as physical assaults.

“Police Scotland is delivering consistent, robust enforcement across the country which, alongside their disclosure scheme and the new laws, will help ensure there is no hiding place those who think they can continue to abuse partners ‘behind closed doors’.”

Assistant Chief Constable Gillian MacDonald, crime and operations lead for Police Scotland, said: “Domestic abuse is pernicious, it is destructive, debilitating and robs victims of their confidence and self-esteem, it has no place in modern Scotland.

“We are committed to working with partners and communities to eradicate it.

“It has no respect for age, ethnicity, gender, race, religion, sexual orientation or income.

“We will relentlessly pursue those who abuse, whilst supporting victims, to help prevent domestic abuse from damaging their lives and those of their families, including children who all too often witness the abuse and suffer long lasting emotional trauma as a result.”

She added: “Domestic abuse is not just physical abuse, it can include verbal, sexual, psychological or financial abuse.

“It is often about power and control, with abusers using controlling behaviours to establish control over their victims.

“With this in mind we welcome the enactment of the Domestic Abuse (Scotland) Act 2018 which will come into force next year.

“In preparation, we are providing additional training to our officers and staff on the complexities of psychological abuse and controlling behaviours.

“Anyone reporting abuse to the police will be taken seriously, they will be listened to and their report will be investigated.

“We will continue to work alongside others in Scotland, including victim support and advocacy services to ensure support is available throughout the criminal justice process, and to keep people and their families safe.”

The crime or offence that was most frequently recorded as part of a domestic abuse incident in 2017-18 was common assault, accounting for 37% of all crimes recorded, followed by breach of the peace, which accounted for 31% of offences.

The findings also showed incidents of domestic abuse were more common at weekends, with 35% of all incidents occurring on a Saturday or Sunday

The majority – 81% – of incidents involved a female victim and a male accused, compared to 16% where a man was recorded as the suspected victim. 3% of cases involved same-sex relationships.