Cutting EU migration could cost Scotland £2bn, according to Government 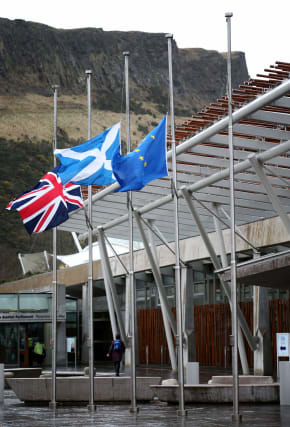 Ending freedom of movement with Brexit could cost Scotland £2 billion in tax revenues, the Scottish Government has said.

Nicola Sturgeon has been making the case for permanent single market and customs union membership in meetings with Westminster leaders as Theresa May continues to detail her deal.

With Scotland’s population growth over the next 25 years predicted to come from migration, the Edinburgh government has also been calling for the area to be devolved.

The Scottish Government said each EU citizen coming to live and work in Scotland contributes, on average, £10,400 per year in tax – and that analysis shows there would be a 4.7% (£2 billion) reduction in Scotland’s revenue by 2040 under a 50% reduction in EU migration population projected following Brexit.

“However, the UK Government’s Brexit deal to end freedom of movement fails to take into account our distinct needs and now risks a worrying £2 billion cost to Scotland’s tax revenues.

“With all of Scotland’s population growth over the next 25 years predicted to come from migration, EU freedom of movement is vital for our nation’s future prosperity and essential public serves, such as schools and hospitals.

“It is clearly in Scotland’s best interests to stay in the EU or, if that is not possible, the European Single Market and Customs Union. Equally, the Scottish Government should have devolved responsibility for migration so we can have a migration policy tailored to Scotland’s needs.”