Nigel Farage has called for Ukip leader Gerard Batten to be ousted for appointing Tommy Robinson as an adviser. 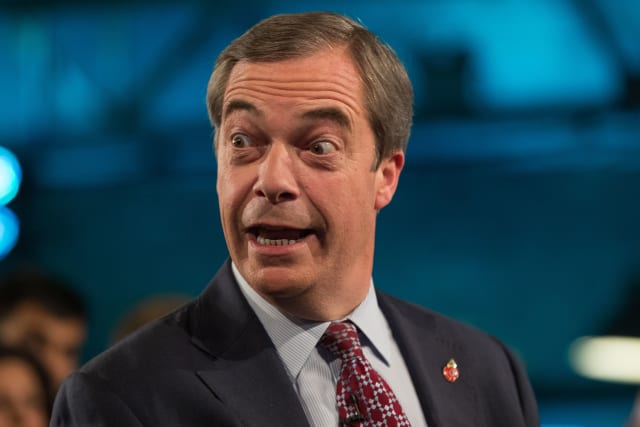 And he hit out at the appointment of Mr Robinson, telling BBC Radio 4's Today programme: "Well, I'm appalled.

"The NEC of the party voted overwhelmingly last week not to have a ballot of members to let the man, potentially, join the party.

"But Gerard Batten has got this, sort of, fixation with Tommy Robinson and discussing Islam, and dragging Ukip into a direction of effectively being a, sort of, street activist party."

His comments came after it was announced the controversial activist and English Defence League (EDL) founder – real name Stephen Yaxley-Lennon – will advise Mr Batten on rape gangs and prison reform.

"This blows a hole in all of that."

Asked if the appointment was the end of Ukip, Mr Farage said: "Well, I haven't given up yet.

"I will be writing to the National Executive Committee of the party today and urging that we have a vote of no confidence in Gerard Batten as leader, that we get rid of him.

"We can have one last go at getting rid of somebody who, as leader, is dragging us in a shameful direction."