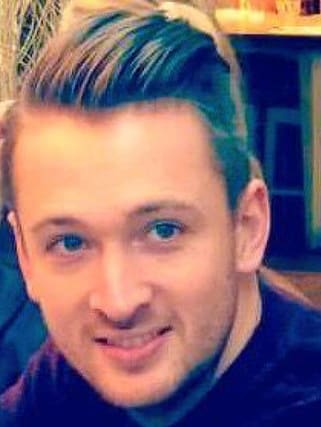 The father of a man killed in Edinburgh has called for a victims’ commissioner to be established to help people hit by crime as he held a meeting with Scotland’s Justice Secretary.

Kevin Woodburn said he wants the post to be created so victims going through the legal system have somewhere they can turn to for help and advice.

He described his meeting with Scotland’s Justice Secretary Humza Yousaf on Thursday as “very productive”, saying: “I’ve come away with an open mind that it’s still something that is on the table.”

Mr Woodburn’s son, father-of-one Shaun, 30, died after being attacked by a teenager outside Gladstone’s pub in the Leith area of Edinburgh in the early hours of January 1, 2017.

The teenager was sentenced to four years’ detention after being convicted of culpable homicide.

Mr Woodburn said his experiences have led him to feel there was a lack of transparency within the overall legal system.

“There was nobody to actually speak to about anything,” he said.

“There was nobody to actually turn to to understand the legalities of the situation that we found ourselves in.”

He praised the work of victims’ support groups but said their expertise is in emotional, rather than legal, issues.

“In our situation, our case, we had nobody to turn to for help, to ask for advice,” he said.

“It was a very productive meeting. Nothing was out of bounds. I’ve come away with an open mind, going forward, that it’s still something that is on the table and hasn’t been taken off the table yet.”

Labour MSP Kezia Dugdale, who has been supporting Mr Woodburn in his campaigns, also hailed the “positive” meeting with Mr Yousaf.

She said: “He sees a real role for the victims’ taskforce in considering whether a victims’ commissioner would be a helpful addition to it. I think he was quite persuaded by some of the arguments we offered.”

She described the role as an “independent voice” to help victims and added: “I’m utterly compelled by the arguments as to why a Victims’ Commissioner is long overdue.”

Mr Woodburn has also welcomed recent changes to the rules surrounding post-mortems on the bodies of people who have been killed.

Earlier this year, Mr Woodburn hit out at “barbaric” and “medieval” post-mortem rules and told how the family’s plans to hold a funeral for his son were delayed when the defence requested a second post-mortem examination.

The new protocol means examinations for the defence should only take place if absolutely necessary and the authorities should aim to hold a body for no longer than a month.

Mr Woodburn said: “Effectively you’ve now got a situation where second post-mortems are only ever going to be in exceptional cases.

“It’s a major, major, major step forward. I cannot tell you how delighted I am that effective common sense has prevailed here.”

Describing the new rules as Shaun’s Law, he said it would be a “fantastic” legacy in his son’s name.