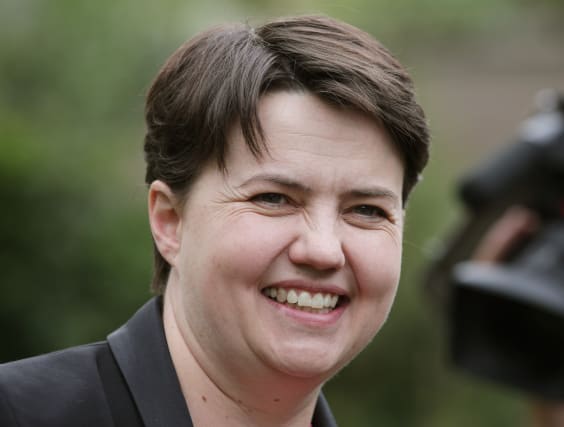 An MSP has called for a review of security measures at members’ homes after a man was arrested over broken windows at Ruth Davidson’s constituency office.

Police confirmed they arrested a 54-year-old man in connection with vandalism at the premises on Thursday morning.

There were no injuries, although staff were said to be shaken by the incident, which reportedly involved rocks being thrown at the office used by the Scottish Conservative leader and fellow MSP Miles Briggs.

The Scottish Parliamentary Corporate Body (SPCB), responsible for ensuring Parliament is provided with the property, services and staff it requires, took questions from members in Holyrood on Thursday afternoon.

Scottish Labour MSP David Stewart asked if the SPCB would consider consider introducing measures to upgrade home security for members, if it was required.

It follows action taken by Westminster and the Welsh Assembly to introduce home security arrangements for its members.

An independent review of MPs’ personal home security was commissioned by a House of Commons joint-committee in August.

Mr Stewart also urged his colleagues in Holyrood to activate their security systems at their offices if they had not already done so.

Scottish Conservative MSP Jackson Carlaw, the member for Finance and Security on the SPCB said the Corporate Body had considered the security of members at their homes.

However following an assessment, he stated the Body had decided to focus on local offices and surgeries, as they were deemed to be of higher security risk.

“The corporate body does not at the moment provide a fund for members to access for implementation of any security measures that are recommended as home security, as it’s not currently assessed as being the main area of risk.

“We’ve focused where we feel that the main areas of risk are and we’ve taken the advice throughout from Police Scotland on that.

“As I say, it doesn’t preclude members from contacting Police Scotland or the security office to arrange a review of their home security if this would provide the member with additional reassurance.