Parliament will not accept a no-deal Brexit, Cabinet minister Amber Rudd has said.

And Ms Rudd warned that Brexit may not go ahead if MPs reject Theresa May's withdrawal agreement in a House of Commons vote expected next month.

The Prime Minister will meet European Commission president Jean-Claude Juncker for talks ahead of the special EU Brexit summit on Sunday at which the remaining 27 member states are expected to approve her plan. 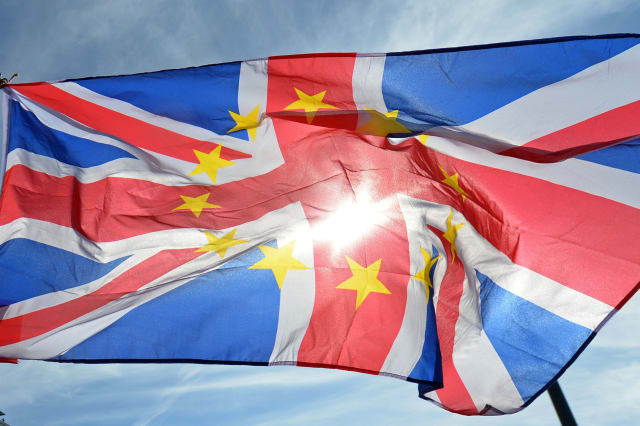 She is under pressure to make changes to the Northern Irish backstop contained in the Brexit divorce agreement, making it clear how the UK can exit the controversial arrangement.

With large numbers of Conservatives, as well as the 10 DUP MPs who prop up Mrs May's administration in the Commons, threatening to vote down her deal, the Prime Minister has repeatedly warned that the alternative is a damaging no-deal Brexit.

But Ms Rudd told BBC Radio 4's Today programme: "It is my view that the House of Commons will stop no-deal.

"There isn't a majority in the House of Commons to allow that to take place."

The minister, a former Remain campaigner who replaced Leave-backing Esther McVey in the Cabinet following her resignation last week, added: "If it doesn't get through, anything could happen.

Ministers who have resigned since the 2017 general election
Works and Pensions Secretary Esther McVey leaves her home in London this morning.
File photo dated 23/10/18 of Brexit Secretary Dominic Raab who has resigned saying he �cannot in good conscience support the terms proposed for our deal with the EU�.
North West Cambridgeshire Shailesh Vara , arrives at 10 Downing Street, London, as Prime Minister David Cameron, kicked off a coalition reshuffle, with Scottish Secretary Michael Moore among the casualties.
File photo dated 12/01/18 of Jo Johnson, who has resigned as transport minister over Brexit, saying the deal being finalised "will be a terrible mistake".
Priti Patel speaking at a fringe event organised by Brexit Central, during the Conservative Party annual conference at the International Convention Centre, Birmingham. Picture date: Sunday September 30th, 2018. Photo credit should read: Matt Crossick/ EMPICS.
Former Defence Secretary Michael Fallon speaks to the media at Downing Street, London on october 23, 2018. (Photo by Alberto Pezzali/NurPhoto/Sipa USA)
Conservative MP Damian Green in Westminster, London, after he maintained he did not behave inappropriately when he reportedly texted a younger woman saying he felt "compelled" to ask her for a drink after seeing her in a corset in a newspaper.
Former home secretary Amber Rudd leaves Downing Street, London, after a Cabinet meeting.
David Davis MP at a Leave Means Leave rally at the University of Bolton Stadium in Bolton.
Boris Johnson speaking at a fringe event at the Conservative Party annual conference at the International Convention Centre, Birmingham.
EDITORIAL USE ONLY Tracey Crouch launches the new National Citizen Service (NCS) local authority guidance, at an NCS programme at Harris Academy, Beckenham.
Conservative party handout picture of Suella Braverman who has resigned as a Brexit minister.
Up Next

"The Brexiteers may lose their Brexit."

Ms Rudd made clear that she expected MPs to rally behind Mrs May's proposals, telling Today: "I don't think we are looking at another referendum.

"I think people will take a careful look over the abyss – MPs of all parties – and consider whether they think it is in the best interests of the whole country.

"I think the likelihood is, despite what people say, that the Withdrawal Agreement will get through."

But her comments were seized upon by Labour, whose shadow chancellor John McDonnell told an event at Reuters in London that there was "an overwhelming majority opposing anything that smacks of being no-deal".

"If the Prime Minister's deal is rejected then MPs will not sit back and allow us to crash out of the EU without an agreement.

"Parliament will take back control.

"After these comments from Amber Rudd, it's time for the Government to drop the false choice between a bad deal and no deal, and to come forward with a plan that can command the majority support of Parliament."

Scottish First Minister Nicola Sturgeon said: "Amber Rudd exposes the falsity of the PM's tactics – it is not a choice between her bad deal or no deal. There are better alternatives."

Amber Rudd exposes the falsity of the PM's tactics - it is not a choice between her bad deal or no deal. There are better alternatives. https://t.co/fjpuKHxTN7

The People's Vote campaign for a second referendum said Ms Rudd had "torpedoed the PM's threat of no deal".

Labour MP and People's Vote supporter Tulip Siddiq said: "The threat of no deal was always to try and scare MPs into backing her – now one of the Prime Minister's key remaining allies has blown that fallacy apart, it is time we had a final say.

"We must have a people's vote on this bad Brexit deal."

Ms Rudd's comments will increase Mrs May's difficulties at what was already expected to be an awkward session of Prime Minister's Questions, amid mounting evidence of tensions between Mrs May and the Democratic Unionist Party over the Brexit deal.

The Government caved in to a series of opposition amendments to its Budget-enacting Finance Bill in the latest sign that the DUP's MPs would not support Mrs May's minority administration.

Mrs May's talks with Mr Juncker follow confirmation from Number 10 that the Government will look at potential technological solutions to keep the Irish border open.

The Prime Minister's official spokesman confirmed that references in last week's draft agreement to "alternative arrangements" for the border could involve technical measures of the kind previously promoted as the "maximum facilitation" solution, or Max Fac.

Brexiteer ministers want her to press for clarity on how the UK can avoid or end the use of the backstop, which would require the whole UK to be in a single customs territory with the EU and force Northern Ireland to align with many of Brussels' single market rules after 2020, unless an alternative is found.

A Brexit-backing minister said that the negotiation process was "not over until it's over" and it was now a case of "who blinks first" as Brussels did not want either the backstop to be implemented or the prospect of the UK crashing out without a deal.

Influential Conservative backbencher Damian Collins, the chairman of the Commons Culture Committee, said that he could not back Mrs May's deal as it stands and suggested there should be an election or second referendum if the country is facing a no-deal Brexit.

"If we couldn't get an agreement and we were stuck in a situation where it was a deal we don't want, or the cliff edge... I don't think as Parliament we could just stand back and watch the country fall off the edge of a cliff without asking the people whether that was the step they wanted to take," Mr Collins told Today.

Brussels has indicated that the withdrawal agreement, setting out the terms of the UK's divorce from the bloc, will not be rewritten – although work is ongoing to flesh out the political declaration on the future UK-EU relationship.