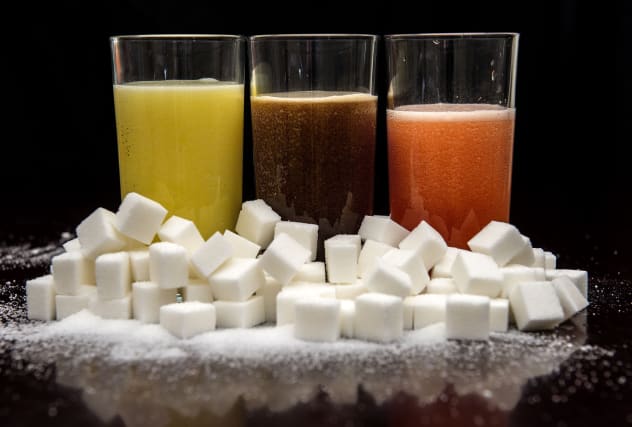 Slurping down sugary soft drinks while working the late shift could be a recipe for increased diabetes risk, two new studies reveal.

A Canadian study has found sugar-sweetened drinks pose a greater risk of Type 2 diabetes than most foods containing naturally-occurring sugar fructose, like fruit.

Meanwhile, research from the US has discovered shift work in combination with an unhealthy lifestyle poses a higher Type 2 diabetes risk than previously thought.

By contrast, foods containing fructose sugars, like fruit and vegetables, did not have the same harmful effects.

“These findings might help guide recommendations on important food sources of fructose in the prevention and management of diabetes,” the study’s lead author Dr John Sievenpiper said.

For the study, the researchers analysed 155 studies that assessed the effect of different sources of fructose sugars on blood glucose levels in people with and without diabetes.

In the shift work study, researchers from Harvard T.H. Chan School of Public Health in Boston examined nurses to look at the combined impact of an unhealthy lifestyle and rotating night shift work on the risk of Type 2 diabetes.

The risk was deemed higher than when the two individual risks were simply added together, indicating that an interaction of the two factors added further risk.

Both studies, published by the BMJ medical journal, come after Diabetes UK said the number of children and young people with Type 2 diabetes in Britain was the highest it had ever been.