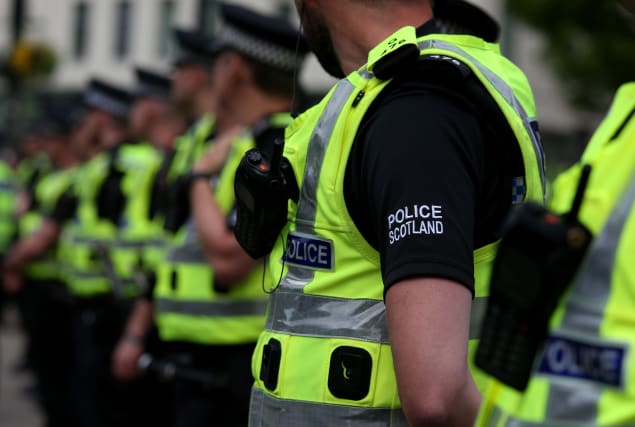 Policing in Scotland is facing “considerable challenges” if it is to meet long-term financial targets, according to a report.

An audit of the Scottish Police Authority (SPA)’s accounts for 2017-18 highlighted budget concerns amid plans to reform policing in the country.

A 10-year policing strategy was published in June last year, aiming to improve and increase the sustainability of the service.

Analysis conducted by auditor general Caroline Gardner has now highlighted the work required to meet the targets set out in the Policing 2026 document.

The report noted there were improvements in areas such as governance arrangements, with all board and committee papers now made publicly available.

The Scottish Government last year committed to provide additional funding of around £60 million to help support reform within the service.

The audit report highlighted the SPA reported a total resource out-turn (revenue and capital) of £1,126.7 million, against a budget of £1,092.4 million, resulting in an overspend of £34.3 million.

There was increased spending on consultancy and external support, attributed in part due to a lack of capacity in the SPA and Police Scotland to deliver strategic projects.

Expenditure on agency staff was £4 million, a significant increase from the £1.5 million spent in 2016/17.

The auditor general also highlighted the critical role of an approved data, digital and information and communications technology (ICT) strategy.

A funding package to meet the estimated budget of £298 million required to deliver the strategy over the next five years has not yet been agreed.

“Progress has been made in key areas but there remains a substantial amount of work to do if the SPA is to achieve long-term financial sustainability and meet the challenges of modern policing.

“The scale, cost and complexity of the plans needed to deliver that transformational change should not be underestimated.

“It’s vital that the SPA and Police Scotland develop comprehensive strategies for its future workforce, estates and ICT and clarify where the funding is coming from to make them a reality.”

Susan Deacon, chairwoman of the SPA, said: “A huge amount of work has gone in to improving the financial and organisational performance of the SPA and Police Scotland and that work continues.

“I do not underestimate the scale of the challenge which the authority and Police Scotland still face, and both organisations are continuing to work through major programmes of transformation and change.

“I am determined to ensure that we work tirelessly to drive continuous improvement and so ensure that the people of Scotland receive the very highest possible standards of policing within available resource and that the governance and oversight of this service is robust and effective.”