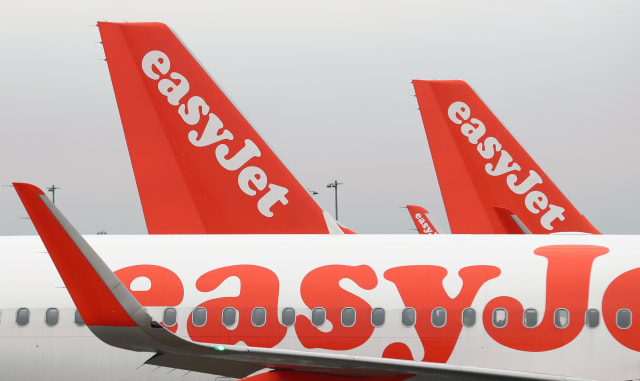 Low-cost airline easyJet has shrugged off strike woes and surging costs to notch up a 41% jump in annual profits.

The budget carrier reported pre-tax profits of £578 million for the year to September 30, up significantly on the £408 million seen the previous year.

But easyJet warned that cost pressures will continue into its new financial year, with a hit of up to £100 million expected from rising fuel prices.

It also said revenues per seat will fall in the first half, due to factors including the timing of Easter.

EasyJet said it is continuing to prepare for Brexit, having set itself up across Europe to be able to operate via airlines in the UK, Switzerland and Austria to enable ongoing flying in the EU.

“This gives easyJet confidence that flying rights will be maintained, and it continues to work with EU institutions, EU member states and the UK to ensure that this is achieved.”

EasyJet also booked a £112 million underlying loss from its operations at Berlin Tegel Airport in Germany.

But it admitted “disruption has been a major factor” for the group, with cancellations up significantly to 6,814 from 2,502 the previous year.

The airline industry was rocked by strike chaos over the summer as a result of air traffic control industrial action in France and Italy.

Chief executive Johan Lundgren said: “EasyJet has delivered a great performance during the year, growing headline profit before tax by 41%, once again flying a record number of passengers at our highest ever annual load factor.”

“While disruption continues to be a major challenge for the industry, we are investing in resilience to help to mitigate the impact on our customers,” he added.

The group also said that, despite Brexit, UK consumer demand remains strong, with bookings for next summer ahead of 2018.

It said forward bookings for summer 2019 are “slightly ahead” of summer 2018.