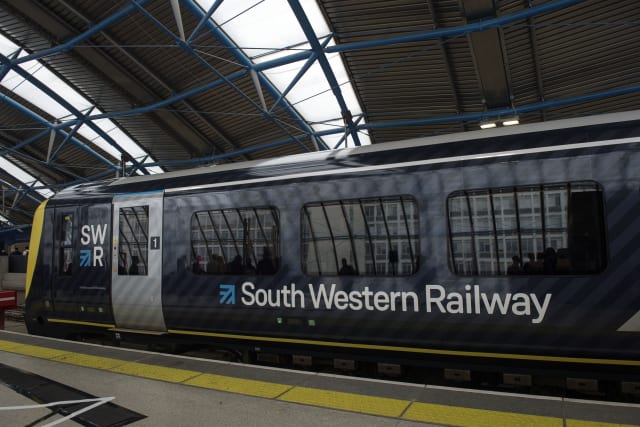 Passengers on some of the busiest rail routes in the country were warned not to travel on Monday morning because of over-running engineering works.

It is the latest disruption to hit SWR following a spate of problems involving signal and points failures.

A long-running dispute over the role of guards on trains has also crippled services because of strikes.

“Customers are advised not to travel. Woking, Surbiton, Raynes Park and Earlsfield stations are currently closed.

“Disruption is expected until the end of the day.

“The Network Rail engineering works were originally due to be cleared by 04.30 this morning; however, the works will now not be cleared until 08.30 at the earliest.

“Until the works clear no trains can leave Wimbledon or Clapham Junction depots.”

A South Western Railway spokesman said: “Passengers are asked to delay the start of their journeys this morning as all lines from Surbiton into Waterloo are blocked due to over-running engineering works.

“Network Rail engineers are working hard to reopen the lines as soon as possible but passengers are advised to check the website before starting their journey as currently services are having to be cancelled and diverted.

“We are sorry for the disruption and will update our website as soon as we have a clearer picture of when lines may reopen.”

Southern services between East Croydon and London Victoria were also disrupted because of over-running engineering works.

The Rail, Maritime and Transport (RMT) union called for the resignation of Transport Secretary Chris Grayling because of the latest bout of travel chaos.

General secretary Mick Cash said: “The chaos into Waterloo this morning is just another example of the fragmentation and division on Britain’s privatised railways where‎ maintenance schedules and budgets are hacked to the bare bones while private operators like SWR are left with a free hand to rob the network blind in the name of profit.

“What we need is reintegration and a coherent system with all elements of the rail operation working together in one publicly-owned framework, with investment rather than exploitation as the watchword.

“While the crisis on our railways deepens, the Transport Secretary Chris Grayling is markedly absent while he ponders his self-interest and a possible resignation from the May Government. He should go, and he should go now.”