Mairia Cahill has ‘no expectations’ in meeting with Sinn Fein leader 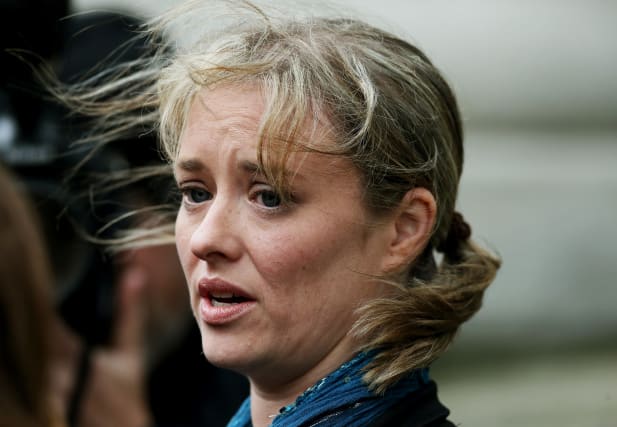 Mairia Cahill says she has “no expectations” for her meeting with Mary Lou McDonald on Tuesday, but says now is the time to treat victims of sexual abuse “humanely”.

The Sinn Fein leader is meeting Ms Cahill in Dublin to discuss her alleged abuse and the findings of the Police Ombudsman of Northern Ireland’s inquiry into how the case was handled by the PSNI.

Mr Morris, who denied all wrongdoing, was acquitted of rape when the case against him collapsed.

Ms Cahill alleges that the republican movement’s response to her claims was to subject her to an IRA interrogation.

She also accused Sinn Fein of engaging in a ­cover-up and waging a campaign to question her integrity since she waived her right to ­anonymity.

The report found that Sinn Fein members interviewed by the police did not fully co-operate with the investigation, something the party had previously denied.

The Major Investigation Team (MIT) chief inspector, who investigated the IRA’s alleged probe into Ms Cahill’s abuse, told the ombudsman “none of the Sinn Fein members were going to co-operate with police” and “he never expected them to provide statements confirming that the IRA had conducted an investigation”.

Ms Cahill says the meeting will not make up for the trauma she has endured, but that organisations need to take responsibility for how they treat victims.

“I’d been frustrated at comments she made last week, and called for her to stop treating me with contempt when I received an email this morning saying she would be happy to meet,” she said.

“I don’t have any expectations for the meeting other than what I have said from the start: people who are in charge of organisations should take responsibility when that organisation fails people, especially in cases regarding sexual abuse.

“The PPS (Public Prosecution Service) apologised, the PSNI and (Chief Constable) George Hamilton apologised for the failings within the police, and if we are to have any movement on the issue, although I don’t expect it, she should take responsibility for her organisation, she’s the leader.

“For victims, especially in sex abuse, there has to be a better way to treat people.

“Two independent reports prove I’m telling the truth, so she can choose to back those people who essentially said I was lying when I went public, or take the weight of the reports and come at it from a logistical angle.

“I will never have confidence in Sinn Fein speaking credibly on sexual abuse, that day is gone, that went when they treated me they way they did.

“I know how they treat people, this is 21 years of my life, and this meeting is not going to solve the trauma and upheaval.

“I go into this with no expectations, and then I can’t be let down.”

As well as criticising PSNI ­failings, ombudsman Dr Michael Maguire noted Sinn Fein did not act when Ms Cahill originally made her allegations to senior party figures — instead waiting three years to suspend her alleged attacker.

A Sinn Fein spokesman confirmed the meeting was to go ahead in Leinster House.

“On the back of media commentary, Mary Lou McDonald has sought a meeting with Mairia Cahill, subject to agreed logistics.”