Amber Rudd has dismissed a UN special report on extreme poverty in the UK in a combative return to front-line politics. 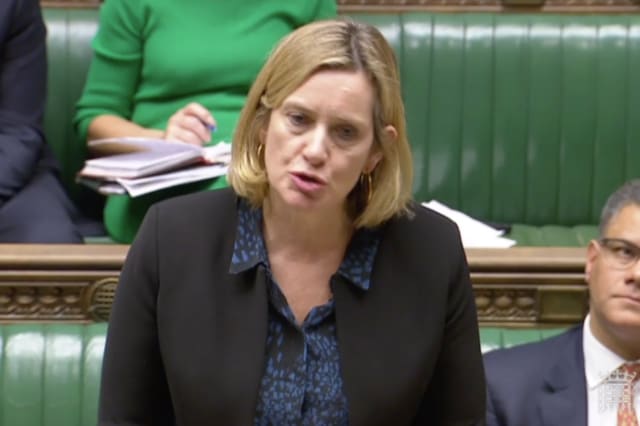 Ms Rudd, who returned to the Commons as Work and Pensions Secretary after Esther McVey quit in a row over the Brexit deal, accused UN special rapporteur Philip Alston of being "extraordinarily political" after he published a preliminary report condemning the Government's attitude towards poverty.

Mr Alston, who published his findings on Friday after a 12-day tour of the UK, accused ministers of being "in a state of denial" over the extent of poverty in the Britain.

He wrote: "The UK Government's policies and drastic cuts to social support are entrenching high levels of poverty and inflicting unnecessary misery in one of the richest countries in the world.

"Austerity could easily have spared the poor, if the political will had existed to do so."

Ms Rudd, in her first statement from the despatch box since being sacked from the Home Office over the Windrush scandal, said she was "disappointed" with the reports language and said the author has "discredited" his own findings.

The comments came after a number of pleas from MPs to halt the rollout of Universal Credit.

Shadow work and pensions secretary Margaret Greenwood said: "Thus far, the Government has been determined to press ahead with the next phase of the roll-out despite clear warnings from over 80 organisations working with disabled people who'll be affected. Many people could fall out of the social security system altogether and be at risk of destitution.

"So will the new Secretary of State end the Government state of denial and scrap the managed migration regulations and stop the roll-out of Universal Credit."

Ms Rudd responded: "I have the seen the report, I read it over the weekend and I must say I was disappointed to say the least by the extraordinarily political nature of the language, we on this side of the House will always engage with professionals, with experts with NGOs.

"We are not so proud that we don't think we can learn as we try to adjust Universal Credit for the benefit of everybody but that sort of language was wholly inappropriate and actually discredited a lot of what he was saying."

SNP work and pension spokesman Neil Gray added: "This new Secretary of State wields significant power, more than any of her five predecessors have done in the last three years by virtue of the fact of the Prime Minister's precarious position.

"Will she use that power now to listen to those expert charities halt Universal Credit until its fixed?"

Ms Rudd responded: "I wouldn't want to overstate what the gentleman calls my power but I am certainly going to be listening very carefully.

"Part of the benefit of the Universal Credit roll-out is going to be making sure that we get the expert guidance from the people who have been working in this field for many years and we will certainly be doing that."