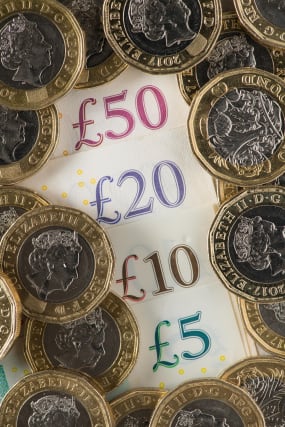 One in six over-65s have no-one to talk to about money issues, Age UK has found.

Some 16% of people surveyed in this age group say they do not have anybody they can discuss finances with.

People who were single – including those who were widowed, separated or divorced – were more likely than those who were married or living with a partner to say they had no-one to discuss money with, Age UK found.

Nearly a third (31%) of single older people had no one to discuss money with, as did 21% of widowed, divorced or separated people.

But despite being married or living with a partner, 7% of over-65s in this situation also said there was no-one they could talk to about money.

The findings were released to mark Talk Money Week, which encourages people to discuss the subject.

Age UK found that although the vast majority of over-65s surveyed feel in control of their day-to-day finances, 17% said they are just getting by or finding it difficult to manage on their weekly income, rising to 23% of single over-65s.

One in seven (14%) over-65s surveyed are more worried about their financial situation than this time last year, with one in 12 (8%) saying they would find it difficult to pay for an unexpected bill of £200 to replace an essential item such as washing machine or cooker.

As part of Talk Money Week, Age UK is urging any older person who is struggling to stay on top of their finances, or just needs someone to talk to, to get in touch by calling its national advice line or via its website www.ageuk.org.uk/lets-talk-money.

Caroline Abrahams, Age UK’s charity director, said: “Being in control of your finances, regardless of how much money you have, is clearly a key component of good mental health and can make a big difference to how we feel about life generally.”

She continued: “We’re urging anyone who is struggling financially, or is worried about a friend or relative, to get in touch with us for help and advice on how to get on top of their finances and feel more in control.”

More than 1,000 people were surveyed.

– Speak up. If you are finding it hard to cope financially, don’t suffer in silence.

– Check to see if you are entitled to certain benefits or discounts. Age UK can help people check they are claiming all the money they are entitled to. And if you are struggling to keep warm this winter, you may be eligible for help to save money on your energy bills.

– Prioritise debts and seek help. Priority bills are the ones for which non-payment could lead to serious trouble. Make sure you get help.

– Work out a household budget. Review your spending and think carefully about whether there are any non-essential items you could cut out. Be realistic and do not cut back on essentials such as food and heating.