Astronomers poised for Leonid meteor shower in skies above Britain

Stargazers may get the chance to see a shooting star display as the annual Leonid meteor shower hits the skies above Britain.

The night-time spectacular could be visible tonight, weather permitting, and the early pre-dawn hours of Sunday morning. 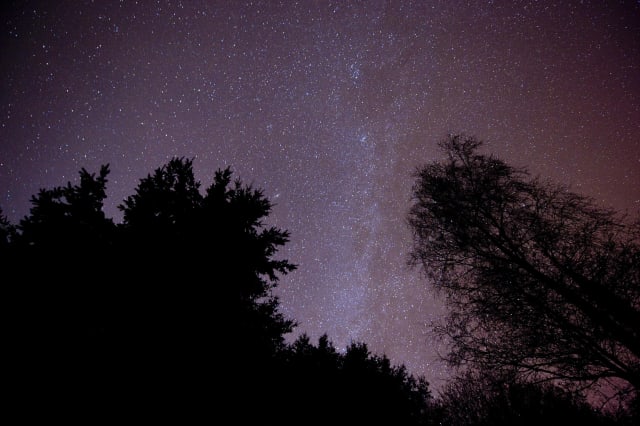 Met Office forecasts predict much of the UK will be covered by cloud in the early hours of Saturday, apart from the very north of Scotland.

But on Sunday the skies should generally be clear in the early hours.

The meteor shower occurs when meteoroids, small rocks, fall towards the Earth after breaking off from the Comet Tempel-Tuttle.

These burn up and vaporise before they hit the Earth's surface – causing a streak of hot air which we see as a shooting star.

Displays are better when the Tempel-Tuttle comet, which takes 33 years to orbit the sun, is closer to the Earth, an occurrence which is next due in about 15 years' time.

Dr John Mason, from the British Astronomical Association, said: "If you are in the countryside you may see a few meteors, if it is the town or city, you may not see any at all."

This particular celestial event is called the Leonids because it appears to come from the Leo star constellation.

Meteor spotters should watch from a vantage point with as little light pollution as possible and allow time for their eyes to adjust to the dark.

Dr Mason said a much more spectacular display is due over the UK with the Geminids meteor shower due on December 13.