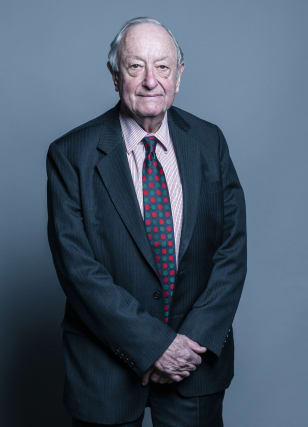 A woman who accused a senior peer of groping her and promising her a peerage in return for sex has branded the House of Lords’ decision to block his immediate suspension a “complete disgrace”.

Women’s rights campaigner Jasvinder Sanghera, who has waived her right to anonymity, accused Lord Lester of Herne Hill of telling her if she slept with him she would be a baroness within a year.

The prominent QC has strongly denied the allegations, saying they are “completely untrue”.

But an inquiry found that 82-year-old Lord Lester had sexually harassed Ms Sanghera and offered her “corrupt inducements” to sleep with him.

However, peers on Thursday backed a call to send his case back to the Lords’ Committee for Privileges and Conduct by 101 votes to 78, amid claims that the investigation was “manifestly unfair”.

Following a lengthy and impassioned debate, members agreed that the Commissioner for Standards Lucy Scott-Moncrieff had failed to comply with the code of conduct which required her to act “in accordance with the principles of natural justice and fairness”.

Ms Sanghera told the Press Association the decision was a “complete disgrace” and made her feel like she had been “abused all over again”.

She said Lord Lester will be able to continue to “strut” and “peacock” about the House because his “chums” had decided not to sanction him.

Ms Sanghera added: “It was as if my greatest fear was developing before my very eyes.

“Watching it has made me feel abused all over again, even bullied. These were his chums, his peers, I didn’t feel as if anyone there was speaking for me.

“What does it say about justice when his friends are making the decision about sanctions?

“He has an advantage over the victim.”

Ms Sanghera, a campaigner against forced marriage, had been working with Lord Lester on the passage of a parliamentary bill when the alleged incident occurred in 2006.

According to her statement to the commissioner, Ms Sanghera said the peer had told her that if she slept with him he would make her a baroness “within a year”, but if she refused he would ensure she never gained a seat in the Lords.

She finally lodged a complaint in November 2017 with the rise of the #MeToo movement.

But Ms Sanghera said the Lords’ decision meant she could not advise others to come forward because she did not want them to go through what she had.

She said the Lords needed to wake up and realise that issues of sexual harassment and bullying were not going to go away.

Ms Sanghera added: “I cannot say with confidence if you are a victim of this to stand up and complain because I would not want them to go through problems I have.

“His peers, his chums, old men, need to recognise the issues of today around sexual harassment and bullying are very much alive and kicking.

“They had the opportunity to send a very strong message today in support for victims and encourage more people to come forward – they did not. It’s a complete disgrace.”

Peers had been asked to support the recommendation that Lord Lester be suspended until June 2022, which would have been the longest suspension in modern parliamentary history.

But raising objections to the move, leading lawyer Lord Pannick, a long-time friend and colleague of the accused peer, said: “I do not know, your lordships cannot know whether Lord Lester committed the acts alleged against him. I would be very surprised but I don’t know.

“What I do know is that the procedure applied by the Commissioner for Standards was manifestly unfair.”

He said Lord Lester should have had the opportunity to cross-examine Ms Sanghera.

Lord Pannick went on: ”Sexual harassment and abuse of power are serious wrongs. Nothing I say is intended to diminish their gravity. But those accused of such offences are entitled to have their cases fairly and properly considered.

“He (Lord Lester) is facing suspension for nearly four years, his reputation has been destroyed.”

Earlier, presenting the committee’s report in the Lords, Senior Deputy Speaker Lord McFall of Alcluith said the commissioner was “a highly experienced investigator”, who was a former president of the Law Society and now sits as a judge.

In a statement, Lord Lester said: “I would like to thank David Pannick and those members of the Lords who supported him today recognising the importance of process and now look forward to restoring my reputation.”

Lord McFall also said in a statement: “I am deeply disappointed by today’s decision by the House to send the report into the conduct of Lord Lester back to the Privileges and Conduct Committee for further consideration.

“I fully support the Commissioner for Standards and the work she has undertaken for many months. Every step of the way she followed the processes as agreed by the House and that have not been questioned before today.

“I would also like to express my sympathy to the complainant at what must be a very difficult time for her.”