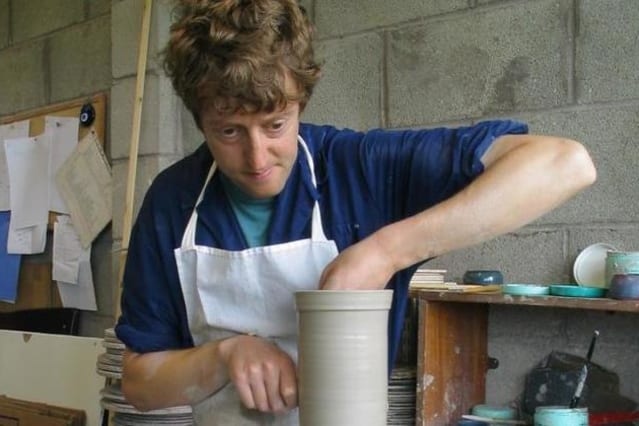 A pottery firm from Yorkshire has gone viral after one of its potters made a Brexit-themed mug – complete with holes in its sides.

Lee Cartledge of Bentham Pottery in Ingleton created the mug featuring the word "Brexit" in lettering which sabotages its ability to carry liquid.

"You always associate cups of tea with the British public and it was quite an inoffensive way to explain how I felt about the whole Brexit scenario," Mr Cartledge told the Press Association.

"It looks brilliant but when you actually use it it's not so good."

The 52-year-old said he voted remain but is not "overtly political", adding the idea came to him when he arrived at the family-run pottery for work this week. 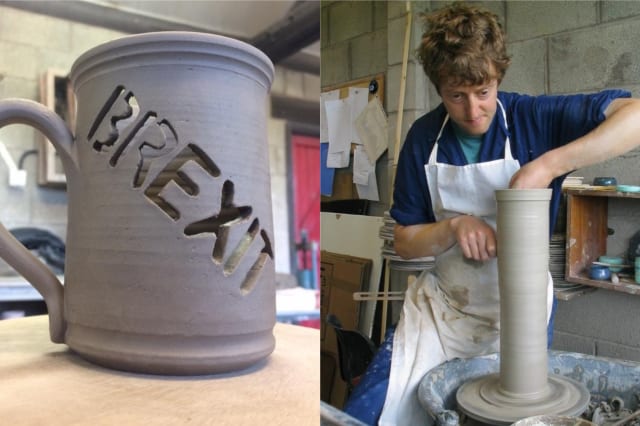 "My mum went to make a brew in the house, we had a spare mug leftover and I thought just bloody do it Lee," he said.

Mr Cartledge posted a picture of the mug to Facebook with the words: "Limited edition commemorative Brexit mug available from 29th March 2019."

Despite him expecting only a few comments from friends, the post has since been shared tens of thousands of times by people across the world.

"I've given up looking at the messages," said Mr Cartledge. "But one person said 'Bentham Pottery for Prime Minister' which made me laugh a little bit."

Prime Minister Theresa May faced a setback with the resignations of key Cabinet ministers on Wednesday in response to her draft Brexit deal, including Brexit Secretary Dominic Raab, as well as a letter of no-confidence from Jacob Ress-Mogg.

"I did toy with the idea of not posting (the mug) until I had glazed it, which would have been in three weeks time," Mr Cartledge said when asked about Wednesday's dramatic events. "But I think I made the right decision in posting it now."

Mr Cartledge had not initially intended to sell the mug commercially, but is now considering making an initial batch of 60 mugs for sale at "a good price" as "it's sort of a work of art in a way".

He added in a blog post he may even donate one to his local MP and Chief Whip Julian Smith, because "he'll be in need of a strong Yorkshire brew at the moment".