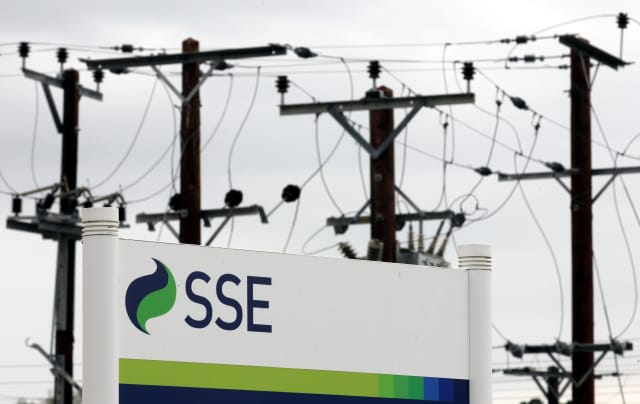 Energy giant SSE has admitted there is “some uncertainty” that its merger with rival npower will go ahead after the pair delayed the tie-up due to the incoming cap on default tariff prices.

It comes as SSE revealed widened losses for its household gas and electricity supplier and the loss of another 460,000 SSE customer accounts as competition takes its toll.

SSE said the incoming price cap on standard variable tariffs (SVTs) – due to come into force in January – will put further pressure on retail division profits for the full year and in 2019/20.

The impact of the cap saw SSE and Innogy-owned npower announce last week that they were having to postpone their merger to renegotiate the terms of the tie-up.

In its half-year results, SSE said: “There is now some uncertainty as to whether this transaction can be completed as originally contemplated.

“Nevertheless, the board believes that the best future for SSE energy services, including its customers and employees, will continue to lie outside the SSE group.”

The two firms had been hoping to seal the merger of their retail operations in the first quarter of 2019 after it was recently given the green light by the competition watchdog.

But they said talks over the new terms of the deal will take several weeks and will probably see the deal delayed beyond the first quarter, although they stressed work to complete the merger would continue.

They plan to update by mid-December.

In half-year results released on Wednesday, SSE reported a 41% fall in underlying pre-tax profits to £246.4 million, stripping out its energy services division.

On a bottom-line basis, SSE posted pre-tax losses of £265.3 million for the six months to September 30 against profits of £409.3 million a year earlier.

Its energy services arm, which is split out from the main numbers due to the npower deal, saw operating losses widen to £62.1 million from £7.1 million a year ago.

It said annual profit margins in the energy services arm is set to tumble to between 2% and 3%, down from 6.8% in the previous year, due to the price cap and “competitive pressures”.

Npower’s German owner Innogy also reported falling customer numbers in the UK on Tuesday, saying it lost around 500,000 accounts this year and warning the supplier will make a loss for the fourth consecutive year.

SSE said suppliers were suffering amid competition from small suppliers as households switch to cheaper providers.

It said: “The market for energy and related services in Great Britain remains intensely competitive, with over 70 suppliers competing for customers and around three million customers switching their electricity provider in the six months to 30 September.”

SSE also announced plans to create a new company that will include its renewable energy assets in the UK and Ireland.

The new company, to be called SSE Renewables, will comprise existing renewable assets such as hydropower, onshore wind and stakes in offshore wind projects.