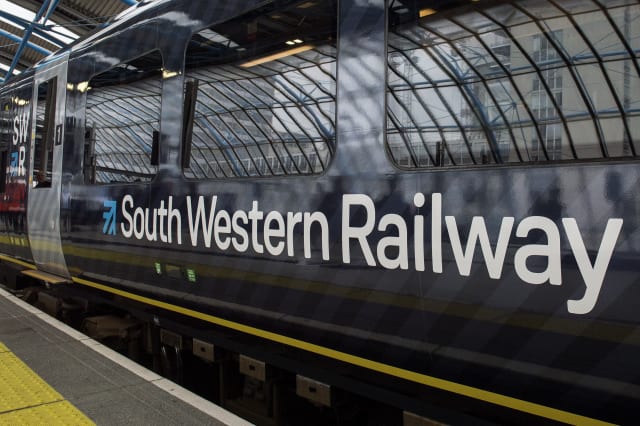 Transport giant FirstGroup has appointed a new chief executive as it revealed widening half-year losses and warned over earnings in its rail division.

His appointment comes after former boss Tim O’Toole resigned abruptly in May following results showing the group swung to a mammoth full-year loss.

Details of the change at the top came as FirstGroup reported interim pre-tax losses widening to £4.6 million in the six months to September 30 from £1.9 million a year earlier due to restructuring and reorganisation costs from the withdrawal of Greyhound services in Western Canada.

On the rail performance, FirstGroup said: “Industry conditions remain very challenging with macroeconomic uncertainty, infrastructure upgrade works across our networks and the industrial action in SWR all affecting our franchise performance levels.”

Due to a postponed winter timetable upgrade, the firm said it was in talks with the Department for Transport “to work through potential commercial and contractual amendments”.

The group’s overall performance has been weighed down by woes at its Greyhound bus service in the US, which has been struggling amid the rising popularity of low-cost airline competition.

Greyhound’s interim underlying operating profits more than halved to £10.2 million from £23.5 million a year ago.

But the firm said its group-wide performance was “encouraging” in the first half and maintained its overall outlook for the full-year.

New boss Mr Gregory said: “Our First Rail operations continued to focus on improving services for our passengers while maintaining overall profitability in a more challenging industry environment during the period.

“We completed our review of Greyhound and have launched a plan to optimise our smallest business for the challenges it is facing.

“Having recently addressed our loss-making activities in Western Canada, these further actions will assist in improving Greyhound’s performance going forward.”

Gerald Khoo, a transport analyst at Liberum, said there was “some evidence of progress in the figures”.

But he added: “Greyhound continued to deteriorate and the outcome of the strategic review may disappoint, with a continued focus on organic turnaround rather than anything more radical.”