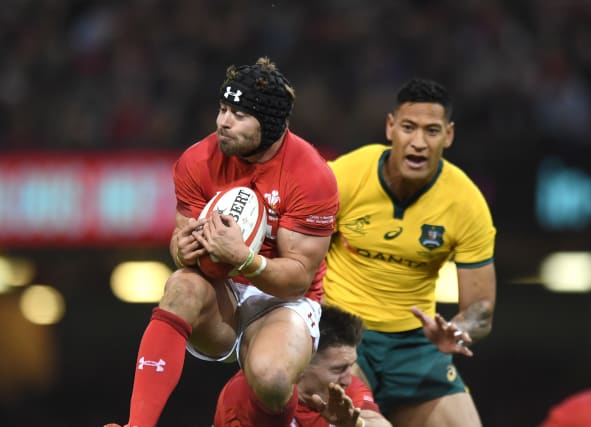 Scientists have called for mandatory headgear to be introduced in rugby after a study found it can almost halve the force on players’ heads.

A team from the University of Dundee recorded a 47% reduction in impact when using some mainstream products, while even the least effective device tested made a “significant” difference in preventing injuries.

They are now urging for the sport to introduce “common sense” mandatory protective headgear at both amateur and professional levels.

Professor Rami Abboud said: “The issue of head injuries in rugby, such as concussion, has become increasingly prevalent in recent years, with players often exposed to extreme forces, particularly at the professional level of the game.

“You cannot avoid injuries in contact sport, and we are not saying that headgear would eradicate head injuries, but this research has shown just how significant a difference these products can make in helping to minimise the risk that rugby players face on the field.

“You don’t want to go as far as American Football with its hard helmets, which takes away from the essence of what rugby is, but there is a need for common sense to help minimise head injuries.

“These are relatively simple devices that can make a significant difference in protecting players, and yet some seem reluctant to wear them.

“If it became mandatory to wear these then the element of choice would be removed and further injuries could be prevented.”

Products from seven manufacturers were selected for the trial, with prices ranging from £24.99 to £42.

Devices were used in drop tests, which recorded forces of more than 103g.

The top-end of pressure needed to cause concussion is around 100g.

Each of the tested headgear demonstrated a “significant” decrease in the impact upon on the head, ranging from a reduction of 27% to 47%.

“They can’t be over a certain thickness, the materials they are made of have to be under a certain density and they are marketed as a means of preventing scrapes and abrasions, not concussion.

“While the best performing device that we tested was 47% effective, it would be interesting to see if we could improve protection levels further if these rules were relaxed.”