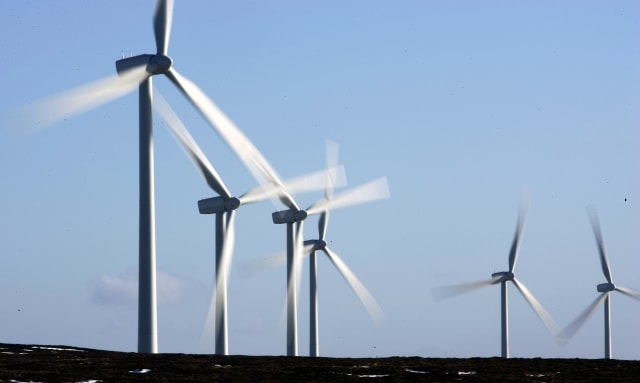 Wind turbines generated the equivalent of 98% of all Scotland’s electricity demand in October, according to new analysis.

WWF Scotland said that National Grid demand for the month was 1,850,512 MWh and that almost all of this could have been provided by wind turbines, which provided record levels of power.

Turbines generated the equivalent of 98% of all Scotland’s electricity demand or enough to power nearly five million homes last month, the group said.

The best day was October 23 when turbines generated 105,900.94 MWh, enough to power 8.72 million homes or 356% of households, according to WWF Scotland analysis of data from WeatherEnergy.

Dr Sam Gardner, acting director at WWF Scotland, said: “What a month October proved to be, with wind powering on average 98% of Scotland’s entire electricity demand for the month, and exceeding our total demand for a staggering 16 out of 31 days.

“These figures clearly show wind is working, it’s helping reduce our emissions and is the lowest cost form of new power generation.

“That’s why it’s essential that the UK Government unlocks market access for onshore wind at a time when we need to be scaling up electrification of heat and transport.”

The majority of the turbines were onshore, with offshore ones accounting for 0.3% of output in October.

The data comes from WeatherEnergy, part of the European EnergizAIR project which is supported by the Intelligent Energy Europe Programme and led by the European Agency for Competitiveness and Innovation.