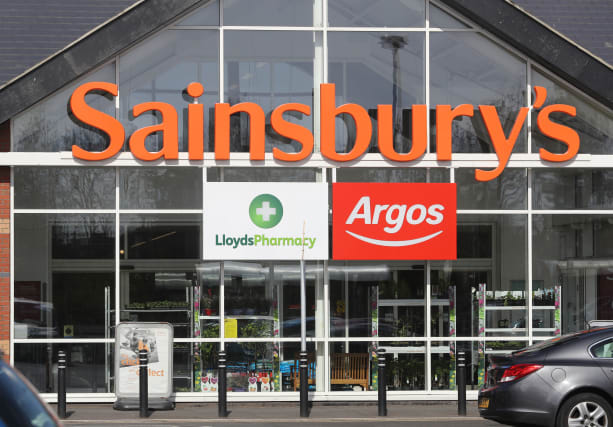 Supermarket Sainsbury’s has cautioned over an “uncertain” consumer outlook and highly competitive market ahead of Christmas, as it posted a 20% rise in half-year profits.

The chain, which is pressing ahead with plans for a £12 billion merger with Big Four rival Asda, said underlying pre-tax profits rose to £302 million in the six months to September 22, up from £251 million a year earlier.

Sainsbury’s saw the summer heatwave boost sales over its second quarter, with like-for-like growth including Argos, but excluding fuel, accelerating to 1%, up from 0.2% in the previous three months.

This meant comparable store sales rose 0.6% overall in the half-year.

But the group warned the consumer outlook is “uncertain as we head into our key trading period” and said markets remained “highly competitive and very promotional”.

Despite this, Sainsbury’s said it remained on track for full-year expectations, with analysts pencilling in underlying pre-tax profits of £634 million.

He said the group continued to “engage constructively” with the competition watchdog amid an in-depth probe of its planned tie-up with Asda.

The firm’s interim figures showed grocery sales rose 1.2% in the first half thanks to the hot summer, while overall general merchandise sales lifted 1.5%, although non-food profit margins remain under pressure.

Clothing sales also fell 1% in the first half due to changes in promotions.

The group also cheered hitting its projected £160 million in earnings synergies from the 2016 takeover of Argos, nine months ahead of its original schedule.

It said this helped drive £51 million in underlying profit growth over the half year.

The group opened 60 Argos stores in Sainsbury’s supermarkets in the half, bringing the total to 251, while it also has 233 order collection points in supermarkets and convenience stores.