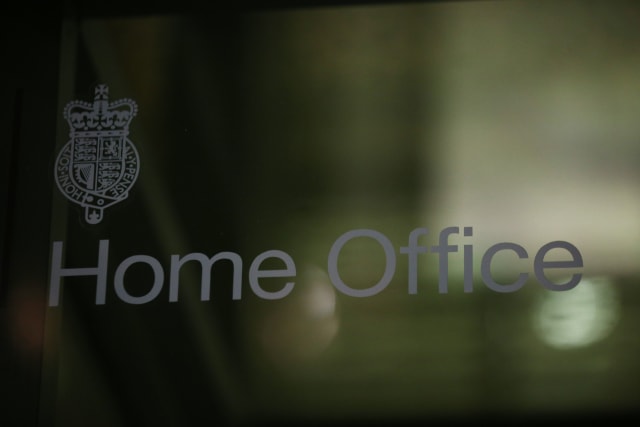 The number of drug seizures by police and Border Force officers has fallen to its lowest level since 2004, new figures reveal.

This was the sixth consecutive annual fall and the lowest number since 2004, when there were 107,359 seizures.

A Home Office report detailing the findings said: “The number of seizures made can be affected by police activity and changes in recording practices.

“Therefore, the number of drug seizures each year should not be taken as a measure of drug prevalence in England and Wales.”

The paper said the total number of drug seizures per year is generally highly correlated with the number of police-recorded drug offences.

Since peaking in 2008-09, the number of recorded drug offences has decreased by 44%, which has been mirrored by 45% fall in police seizures.

Border Force made 6,545 seizures in the 12 months to March, a 3% decrease compared with the previous year.

While the agency accounted for only one in 20 confiscations, its seizures tended to be for larger quantities of drugs.

Over the same period, the quantity of herbal cannabis recovered more than doubled from 11,861 kilograms to 28,666 kilograms.

The annual report also included for the first time statistics on seizures of new psychoactive substances.

There were 1,523 seizures of NPS  in 2017-18. Synthetic cannabinoids were the most commonly seized type of the substances.

NPS were known as “legal highs” until they were made subject to a blanket ban in 2016.