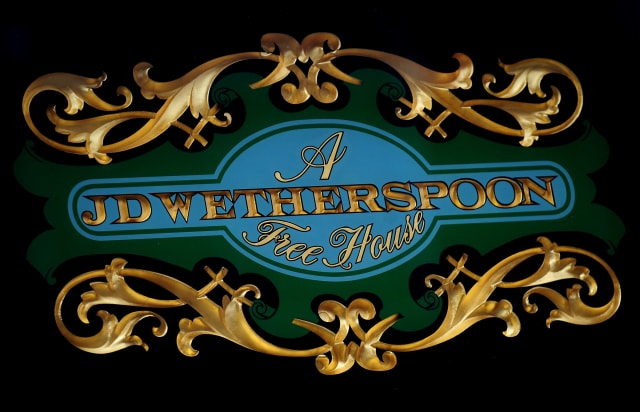 “It is difficult to be too precise at this early stage of the current financial year, but we now expect a trading outcome slightly below that achieved in the previous financial year,” he said

“We will provide further updates on our trading as we progress through the year.”

Mr Martin reiterated his belief that the UK should adopt free trade after Brexit.

Industry analyst Mark Brumby of Langton Capital said: “This is a short statement of 1,400 words with less than a couple of hundred relating to the group’s trading, balance sheet, margins, trading position, outlook etc. The remainder deal with the chairman’s views on Brexit.

“If this ratio reflects the split of effort that is being put into the running of the company, then shareholders may have something to think about.

“The implied cuts to estimates for profits for the full year will need to be digested.”

Shares in Wetherspoon’s dropped by 5% in early trading.

The company has opened two new pubs in the first quarter and has closed or sold three.

It guided new openings of between five and 10 pubs in the current financial year.

The group also said on Tuesday that it is increasing staff wages in response to record levels of unemployment.

“Having had several recent years of record profits, we are not immediately seeking to recoup these increased costs through higher pricing or ‘mitigation’, but will review that during the year,” said Mr Martin.